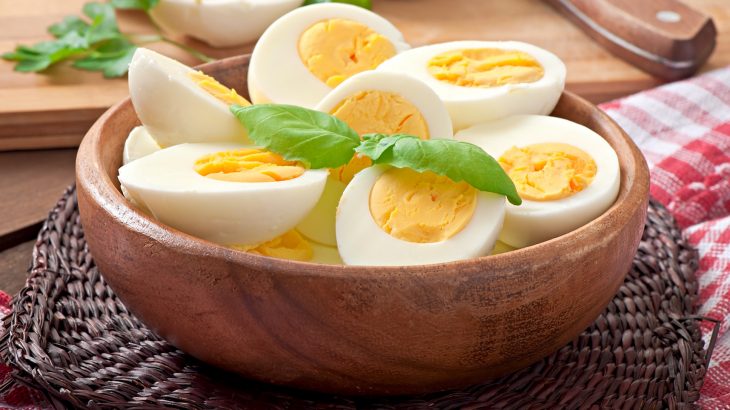 The 2015-2020 Dietary Guidelines for Americans provide no specific recommended limits for the amount of cholesterol or eggs that individuals should consume. However, the results of a new study suggest that people who eat more eggs and dietary cholesterol have a higher risk of cardiovascular disease and mortality from any cause.

Study co-author Norrina Allen is an associate professor of Preventive Medicine at the Northwestern University Feinberg School of Medicine.

“The take-home message is really about cholesterol, which happens to be high in eggs and specifically yolks,” said Professor Allen. “As part of a healthy diet, people need to consume lower amounts of cholesterol. People who consume less cholesterol have a lower risk of heart disease.”

Among the most commonly consumed foods, egg yolks have one of the highest concentrations of dietary cholesterol. According to study lead author Wenze Zhong, other animal products such as red meat, processed meat, and high-fat dairy products also have high cholesterol content.

The average American consumes 300 milligrams of dietary cholesterol per day, which is more than the recommended daily limit that was in place before 2015. The average adult in the United States also eats three to four eggs per week, and this has typically been viewed as part of a healthy diet.

“Our study showed if two people had exact same diet and the only difference in diet was eggs, then you could directly measure the effect of the egg consumption on heart disease,” said Professor Allen. “We found cholesterol, regardless of the source, was associated with an increased risk of heart disease.”

The researchers determined that the higher risk of cardiovascular disease and death associated with dietary cholesterol was the same regardless of exercise, overall diet quality, or the amount and type of fat in the diet.

The research was focused on nearly 30,000 racially and ethnically diverse adults in the United States who participated in studies that followed up for as many as 31 years.

Zhong explained that we should not completely eliminate eggs and other cholesterol-rich foods from meals because eggs and red meat are good sources of important nutrients such as essential amino acids, iron, and choline.

“We want to remind people there is cholesterol in eggs, specifically yolks, and this has a harmful effect,” said Professor Allen. “Eat them in moderation.”