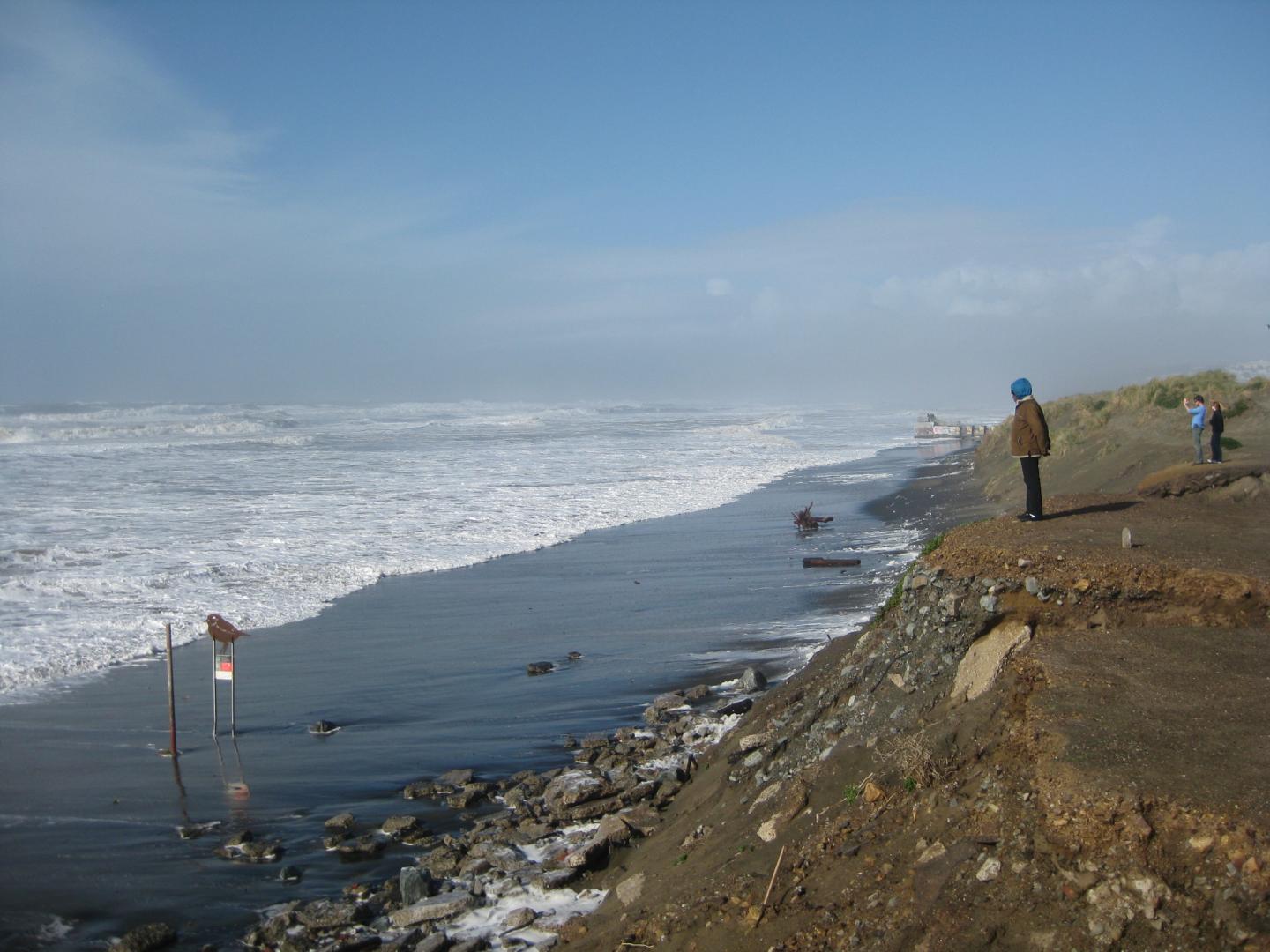 El Nino Expected To Cause Severe Coastal Erosion In California

The projected upsurge of severe El Niño and La Niña events will cause an increase in storm events leading to extreme coastal flooding and erosion in populated regions across the Pacific Ocean, according to a multi-agency study published today in Nature Geoscience.

“This study significantly advances the scientific knowledge of the impacts of El Niño and La Niña,” said Patrick Barnard, USGS coastal geologist and the lead author of the study. “Understanding the effects of severe storms fueled by El Niño or La Niña helps coastal managers prepare communities for the expected erosion and flooding associated with this climate cycle.”

The impact of these storms is not presently included in most studies on future coastal vulnerability, which look primarily at sea level rise. New research data, from 48 beaches across three continents and five countries bordering the Pacific Ocean, suggest the predicted increase will exacerbate coastal erosion irrespective of sea level rise affecting the region.

Researchers from 13 different institutions, including the U.S. Geological Survey, University of Sydney, the University of New South Wales and the University of Waikato (New Zealand) analyzed coastal data from across the Pacific Ocean basin from 1979 to 2012. The scientists sought to determine if patterns in coastal change could be connected to major climate cycles. Data came from beaches in the mainland United States and Canada, Japan, Australia, New Zealand and Hawaii.

Although previous studies have analyzed coastal impacts at local and regional levels, this is the first to pull together data from across the Pacific to determine basin-wide patterns. The research group determined all Pacific Ocean regions investigated were affected during either an El Niño or La Niña year. When the west coast of the U.S. mainland and Canada, Hawaii, and northern Japan felt the coastal impacts of El Niño, characterized by bigger waves, different wave direction, higher water levels and/or erosion, the opposite region in the Southern Hemisphere of New Zealand and Australia experienced “suppression,” such as smaller waves and less erosion. The pattern then generally flips: during La Niña, the Southern Hemisphere experienced more severe conditions.

The study also investigated the coastal response of other climate cycles, such as the Southern Annular Mode, which has impacts at the same time in both hemispheres of the Pacific. The data revealed that when the Southern Annular Mode trended towards Antarctica, culminating in more powerful storms in the Southern Ocean, wave energy and coastal erosion in New Zealand and Australia increased, as did the wave energy along the west coast of North America. Other modes of climate variability, such as the Pacific North American pattern, which relates to atmospheric circulation in the North Pacific, are linked to coastal impacts that are more tightly restricted to the northern hemisphere.

Linking coastal erosion to natural climate patterns, such as El Niño/Southern Oscillation and the Southern Annular Mode, can be challenging.

“Shoreline behavior can be controlled by so many different factors, both locally and regionally, that it’s been difficult to isolate the signal until now. However, utilizing the many years of data we were able pull together in this study enabled us to definitively identify how the major climate drivers affect coastal hazards across the Pacific,” said Patrick Barnard. “This will greatly enhance our ability to predict the broader impacts of climate change at the coast.”

A co-author of the paper, Professor Andrew Short from the University of Sydney, says forecast increases in the strength of El Niño and La Niña weather events driven by global climate change means coastal erosion on many Australian beaches could be worse than currently predicted based on sea level rise alone.

“Coastlines of the Pacific are particularly dynamic as they are exposed to storm waves generated often thousands of miles away. This research is of particular importance as it can help Pacific coastal communities prepare for the effects of changing storm regimes driven by climate oscillations like El Niño and La Niña. To help us complete the puzzle, for the next step we would like to look at regions of the Pacific like South America and the Pacific Islands where very limited shoreline data currently exists,” said Mitchell Harley of UNSW Australia, and a coauthor of the paper.

“It’s not just El Niño we should be concerned about,” said Ian Walker, professor of Geography at the University of Victoria and coauthor of the study. “Our research shows that severe coastal erosion and flooding can occur along the British Columbia coast during both El Niño and La Niña storm seasons unlike further south in California. We need to prepare not only for this winter, but also what could follow when La Niña comes.”