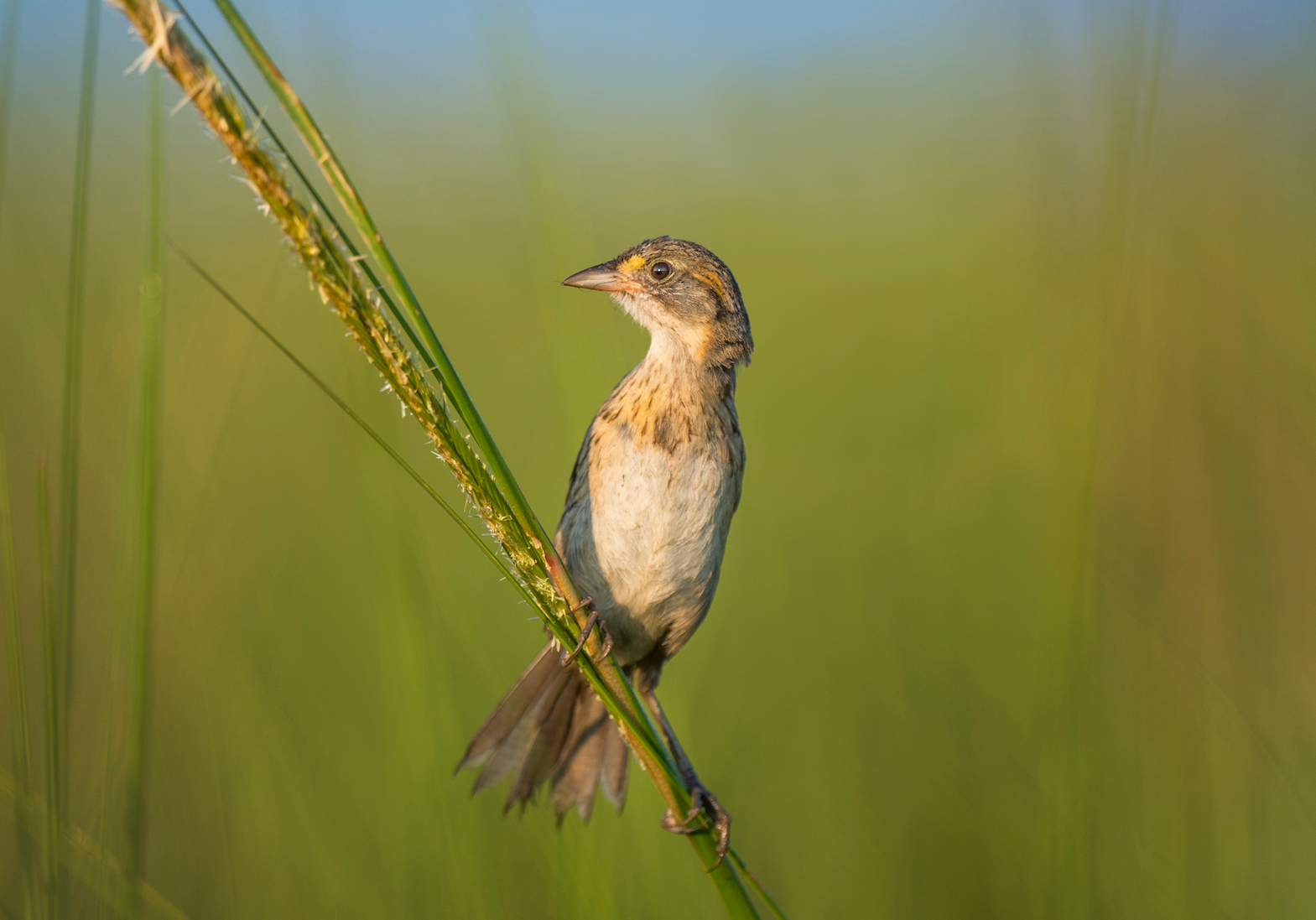 A new study from the Oxford University Press is warning that some species of sparrows will vanish before the end of this century, as their natural habitats are wiped out. The seaside and saltmarsh sparrows both depend almost entirely on coastal salt marshes, yet their projected responses to climate change were found to be different.

Salt marshes cover only about 30,000 square miles worldwide, with one-third of them located along the coast of North America. Overall, 15 of the 25 species of sparrows that are limited to tidal wetlands are found solely on the Atlantic and Gulf coasts of the United States. These groups are particularly threatened by changing climatic conditions and other threats to salt marsh ecosystems.

The breeding range of the saltmarsh sparrow extends from Virginia to Maine, with a population of about 60,000 birds. As the sea levels rise, the amount of available habitat for seaside and saltmarsh sparrows will decline and nests will be flooded more frequently. In addition, growing human populations on the coast are putting increasing pressure on the birds.

The current study was focused on the fate of seaside and saltmarsh sparrows within the Edwin B. Forsythe National Wildlife Refuge in New Jersey based on various scenarios. The researchers also set out to explore potential management strategies to prevent population declines.

Under the condition of a one-foot or a 2.5-foot rise in sea levels, seaside sparrows survived. The saltmarsh sparrows, however, were projected to become locally extinct in about 30 years under both conditions.

“Given the projected increases in sea level over the next few decades and threats from predators, we will need to implement timely and creative actions to avoid extinction of saltmarsh sparrows,” said study lead author Samuel Griffith Roberts.