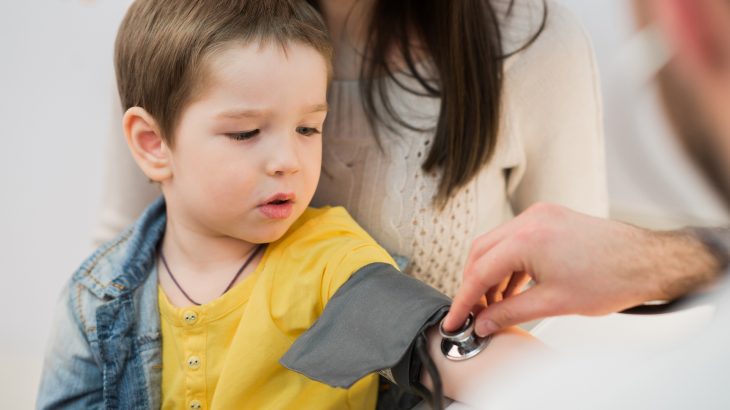 Many environmental exposures linked to high blood pressure in children

In a new study led by the Barcelona Institute for Global Health (ISGlobal), researchers have found that environmental exposures during pregnancy and childhood could have an effect on blood pressure in young people.

“Our results show that, starting in the foetal stage, where we live, the food we eat, the air we breathe and the chemical compounds that reach our bodies can affect blood pressure before adolescence,” said study lead author Charline Warembourg. “This is important because evidence shows that children with high blood pressure are more likely to be hypertensive as adults.”

The investigation is part of a larger study known as the HELIX project, which collects information from cohorts in Spain, France, Greece, Lithuania, Norway, and the United Kingdom.

The team focused on data from a total of 1,277 children and mothers using a new exposome-based approach, which can analyze all of a child’s environmental exposures rather than studying each one separately. A total of 89 prenatal exposures were assessed, as well as 128 postnatal exposures from when the children were between 6 and 11 years old.

The researchers identified a link between various exposures during pregnancy and higher blood pressure in children, including tobacco smoke, bisphenol-A, and low or high fish intake. Among childhood exposures,  higher concentrations of copper and perfluorooctanoic acid (PFOA) – a compound used in non-stick pots and clothing – were found to lead to higher blood pressure. 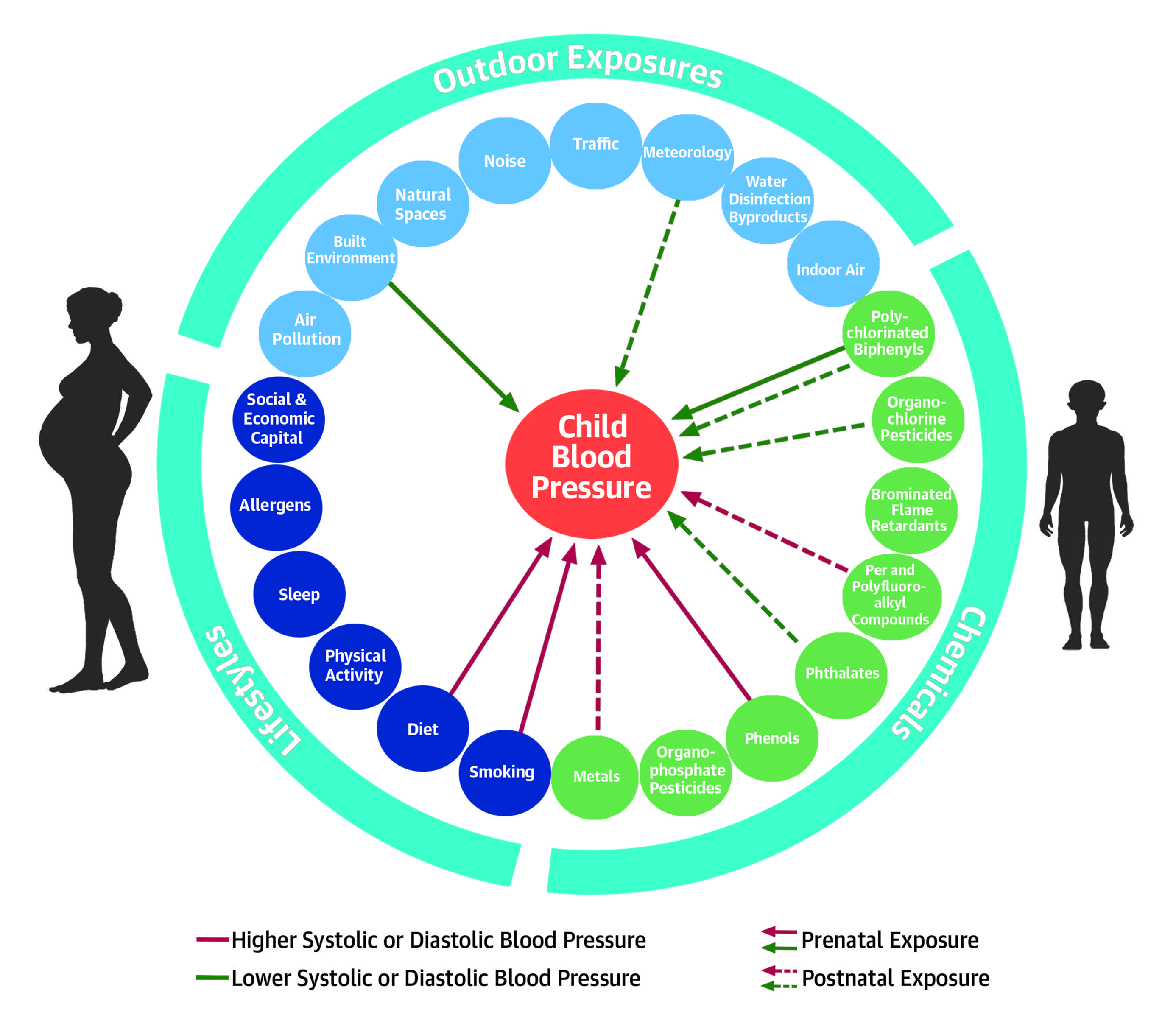 “Some of the associations found in children in this study, such as tobacco smoke and bisphenol-A, had already been observed in adults in previous studies,” explained Warembourg. “Other associations, such as fish intake during pregnancy, are more difficult to interpret. Fish contain essential fatty acids that are necessary and beneficial, but we also know that it is a source of chemical compounds, which perhaps helps to explain why moderate fish intake is associated with better blood-pressure results.”

The study also identified exposures associated with lower blood pressure, such as higher outdoor temperatures during childhood and facility density in the neighborhood where the mother lived during pregnancy.

“Urban-design factors such as the number of shops, restaurants, parks and public-transport hubs determine how people use the city and get around, and they are important for health because they promote physical activity and social contact,” explained study co-author Xavier Basagaña.