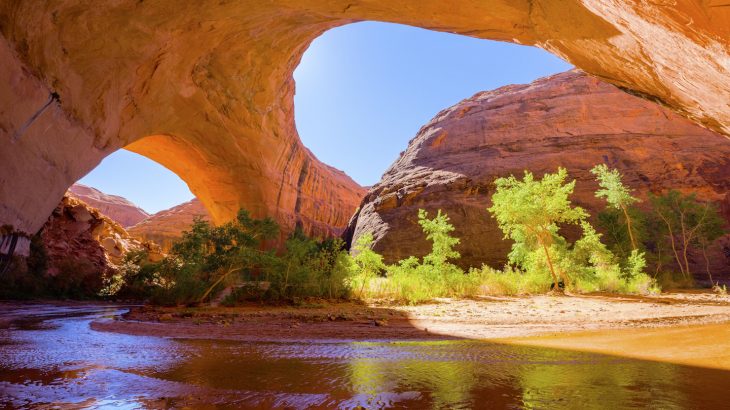 It’s a new year, and with the arrival of 2019 comes the departure of former Secretary of the Interior Ryan Zinke and a National Park system still shut down.  Toilets and trash cans are overrunning or left unattended in National Parks across the US as the government shutdown continues under a failure of the federal government to reach a consensus on a budget.

Parts of the Environmental Protection Agency (EPA) are also closed during the shutdown, another 7000 EPA employees are considered essential and are forced to work without pay. Overall, it’s been a strange year with many changes in policy that were disturbing to environmentalists to say the least.

Drilling restrictions in Sage Grouse habitat were pushed back, giving more leeway to oil and gas extraction in 11 western states where the Greater Sage Grouse lives.  The move has also contributed to a fracking boom in Wyoming and other western states.  Not only grouse, but other animals also seem to be threatened by policy changes in the White House.

The Trump administration and Republican lawmakers have pushed to change the Endangered Species Act.  Critics claim that this move is merely a handout to business that will hurt endangered species and protected land.  One of the proposed changes in the act would weigh the economic cost of conserving a given species as part of the rationale of protecting or not protecting it.  Other changes that the Trump administration proposed in a bill include making it harder to list a species as endangered and easier to take a species off the list.

Attacks on threatened animals continued with a new interpretation of the Migratory Birds Act Treaty under then Secretary of the Interior Ryan Zinke.  The new interpretation allowed wind farms and others to ignore the potential impact of actions on birds as long as they didn’t purposefully endanger birds.  The new interpretation would let companies off the hook for hundreds of millions of dollars in cases of huge disasters such as oil spills that kill birds, other animals and threaten human safety.

The administration also requested that the Youth Climate Change Lawsuit be dismissed.  The lawsuit is an unprecedented move by 21 young people to sue the government over its failure to address climate change and secure a safe environment for the future.  The Supreme Court refused to halt the lawsuit and it is ongoing.

Likewise, the reduction of Bear’s Ears National Monument and Grand Staircase-Escalante National Monument is waiting to be contested in court as well.  It seems in some ways how court decisions play out will determine the legacy of the Trump administration’s attempt to dismantle environmental protections and regulations.

In October 2018, The Guardian reported that the Trump administration is rushing to roll back all major Obama-era environmental policies, but it goes deeper than that.  Trump’s direct attack on the Endangered Species Act and the Migratory Birds Act Treaty signal an attack on all protections for non-human species.  His attack on National Monuments in Utah is an attack on the Antiquities Act, a law over 100 years old created to protect land and archaeological remains.  The Antiquities Act is the spine of the National Park System and the base for every National Monument or park in the US.  This system is also the model for many state parks in the US and park systems the world over. Lands to escape the pressures of modernity and other species to share the planet with are things perhaps that not everyone appreciates.  Clean air and water are human and even organismal universals, though.

Trump has stepped beyond the selling out recreation and species conservation in 2018.  Under first the EPA leadership of corrupt Scott Pruitt and then former coal lobbyist Andrew Wheeler, Trump has tried to limit clean air and water regulations.  Regulations were eased on power plant emissions as well as toxins seeping from oil wells. In perhaps the greatest afront to environmentalists, the Trump administration pushed to open the remote and wild Arctic National Wildlife Refuge to oil extraction.

The Hill reports that the House and the Senate both passed bills to open the wildlife refuge to drilling.  When we have low gas prices and a large output of domestic oil already, it begs the question why the US would risk another oils spill disaster in a more sensitive environment further removed from outside help and drilling in more dangerous conditions.  As with all things Trump, it comes down to the president’s love for green, just not the type that grows on trees. For the rest of us, we need to hold on as we start into another year of less regulated destruction for profit. 2018 was a strange and terrifying year for environmental policy, it seems unlikely that 2019 is headed in a much better direction.