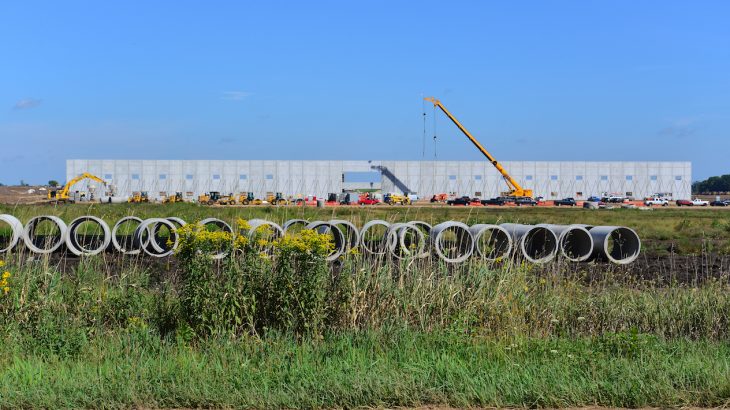 The Environmental Protection Agency (EPA) handed over hundreds of emails and internal documents to environmental groups Clean Wisconsin and the Sierra Club on Friday which show many agency scientists disagreed with a ruling that involved smog levels in the state.

Scientists from the EPA voiced their objection to Scott Pruitt’s 2018 decision to designate a highly polluted area of Wisconsin as complying with Federal ozone and smog standards, according to the New York Times which reported on the released emails.

This decision excluded much of southeastern Wisconsin from having to adhere to federal smog limits when just a year prior, the EPA and the Trump Administration considered labeling Racine County’s high pollution and smog levels as violating air quality standards.

Former Wisconsin Governor Scott Walker appealed to the EPA to reconsider its decision as it would require the Taiwan-based company Foxconn, which had announced plans to build a plant in Wisconsin, to install expensive pollution controls to adhere to federal standards.

As the factory would be operating in an already highly polluted area, there were concerns about how the plant’s emissions would create more smog.

Ultimately, Pruitt reduced the areas of Wisconsin that would have to decrease emissions and smog, allowing the Foxconn plant to move forward as planned.

Now, a federal public records request which released hundreds of EPA documents show that many EPA scientists were in “disbelief” when they heard about Pruitt’s decision, according to the New York Times.

The emails and internal documents detail complaints made by senior EPA scientists. The data collected on smog levels did not support the decision, top agency officials said.

“I do not see a sound technical basis for the areas we are being directed to finalize in Wisconsin,” Jennifer Liljegren, an EPA physical scientist involved in the decision-making, wrote to colleagues in an email dated April 11, 2018. “I will need the wordsmithing of the legal and policy experts if we are really going to do this — I am still in disbelief.”

There were also comments about the misleading information the EPA released to the public about the Wisconsin smog problem. EPA scientists said that important data was intentionally left out to help aid in Pruitt’s ruling.

“Taking snippets of information out of context and not telling the whole story is inappropriate, misleading to the public and dilutes the clarity of the technical information,” Ms. Liljegren wrote.

Even though Walker lost the election and Pruitt resigned from the EPA, the emails highlight a concerning trend in the current Administration’s goal to promote industry and economic growth at any cost and with minimal regard for public health or the environment.

“To see apparent direction from political leadership that the technical staff is objecting to is disturbing,” Janet McCabe, the EPA’s former acting administrator for air quality, told Bloomberg.