Exoplanet found to have conditions that are suitable to support life • Earth.com 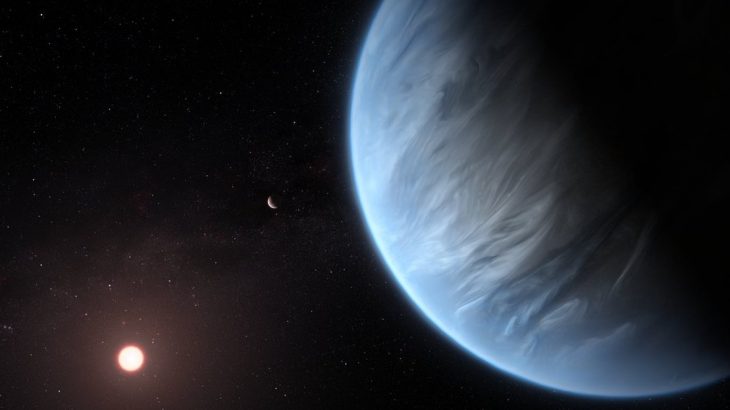 Exoplanet found to have conditions that are suitable to support life

Scientists at the University College London (UCL) are describing an exoplanet that is the only one of its kind known to have both water and temperatures that could support life. The exoplanet K2-18b, discovered by NASA’s Kepler Space Telescope in 2015, is located about 110 light years from Earth.

Kepler scientists had initially determined that K2-18b is about twice the diameter of Earth. More recently, European astronomers used a ground-based telescope to examine the effects of K2-18b on its planet star as it orbits, which allowed them to measure the mass of the exoplanet at about 8 times that of Earth.

With this diameter and mass, K2-18b is classified as a super-Earth, larger than our planet and smaller than large gas planets like Jupiter.

The exoplanet’s sun is a smaller, cooler red dwarf compared to our sun, and K2-18b was found to reside in the habitable zone. This means the planet has a proximity to its sun that would allow liquid water to exist.

To investigate, the UCL team used the Hubble Space Telescope’s Wide Field Camera 3, which can detect visible, ultraviolet, and near-infrared wavelengths. The experts looked for chemical signatures of K2-18b’s atmosphere to determine if water was present.

“The measurements involved were extremely difficult,” Tsiaris told Time Magazine. “Like trying to identify one person in a crowd of ten thousand.”

The study revealed that the exoplanet has an abundance of water that makes up as much as 50 percent of the atmosphere. The team did not share this discovery right away.

“I had the results a year ago,” Tsiaris told Time. “At first we weren’t sure exactly what it meant, but we knew we had something exciting. It took us a year of repeating data analyses to make sure that what we say we found was correct. To get you to these two facts – there is atmosphere and there is water – took a lot of effort.”

“If planets like Earth are very common, we can say life is very common.”