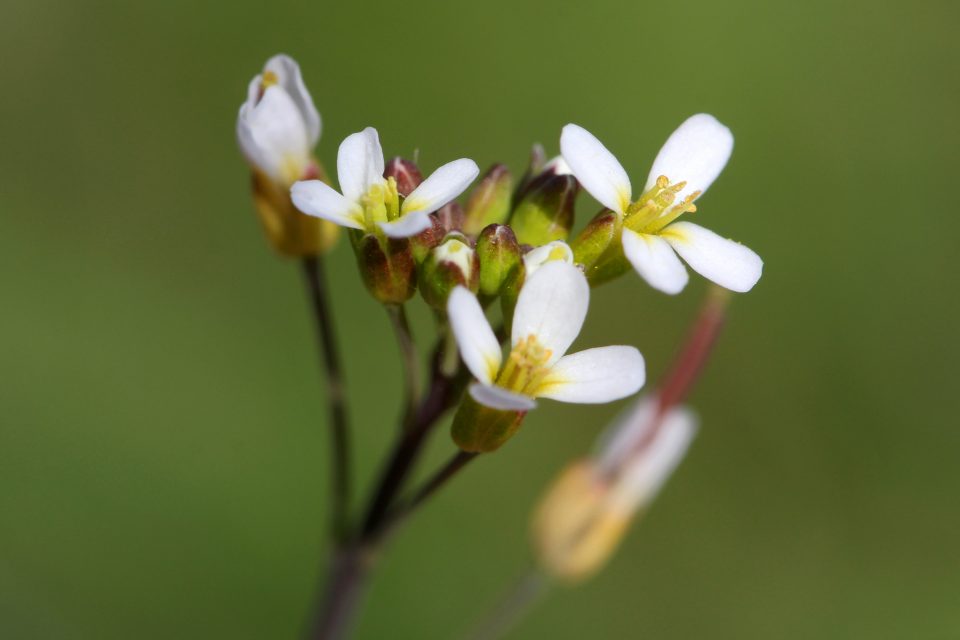 The scientific exploration of the natural world is a conundrum. We’ve scaled the highest mountains and discovered trash already waiting for us on the bottom of the ocean. Science has gathered so much information that sometimes, it seems there should be little left to learn.

There are some aspects of the natural world especially familiar to science. Like the proverbial guinea pig, scientists come back to some organisms again and again to test ideas with potential broad applications. Thale cress (Arabidopsis thaliana) is one of those organisms for botanists.

Thale Cress is a pretty but nondescript little plant with spindly stalks bearing simple, white flowers. The plant is considered a weed, found in disturbed areas in its native home of Africa and Eurasia. First described by science in the 16th century, Thale Cress has become popular in genetic experiments since the 1940s.

Rather than asking questions about the plant itself, most research has focused on using Arabidopsis thaliana as a model organism to ask more general questions about genetics, such as their impact on development and physiology. While it seemed that the research had surpassed understanding the modest thale cress, scientists recently discovered that we still have more to learn.

Since 2008, Dr. Timothy Gookin, a postdoctoral researcher with Sarah Assmann’s lab at Pennsylvania State University, has been working with thale cress. Considering the amount of study already directed at the thale cress, what he discovered was surprising – a new piece of plant anatomy dubbed the “cantil.”

“It took over 12 years of experimentation to really get a grasp on what we were seeing and to understand how cantils were regulated,” said Dr. Gookin. “This study required the growth of 3,782 plants to full maturity and the manual inspection of over 20,000 flower-bearing stalks in 34 unique plant lines”

The name cantil itself comes from the unique function of the structure. Under rare circumstances such as short day length, cantils develop, seemingly as a counter balance to hold up flowers. The unique feature connects to the flower’s stem and hangs like a cantilever.

“One speculative interpretation is that the cantil represents a highly repressed ancestral linkage between different types of flowering plant architectures; the multiple layers of genetic and environmental factors that regulate cantil development are certainly quite striking,” said Dr. Gookin.

The study is published in The Company of Biologists journal Development.