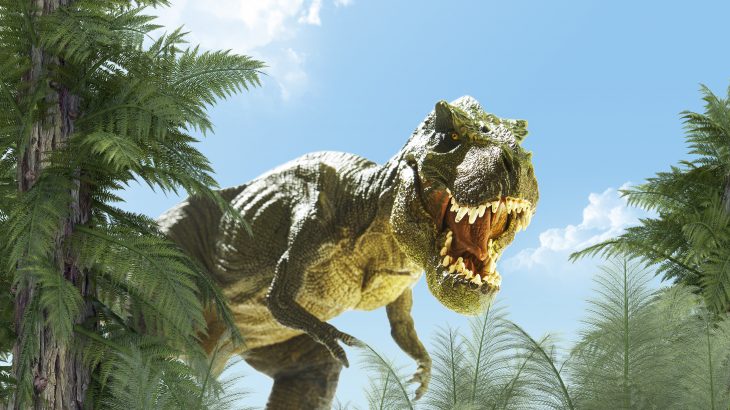 An analysis of 152-million-year-old dinosaur bones has revealed that large theropods were not very particular about what they ate. The researchers even found evidence to suggest that the biggest theropods resorted to cannibalism.

Study lead author Stephanie Drumheller is a paleontologist in the Department of Earth and Planetary Sciences at UT Knoxville.

“Scavenging, and even cannibalism, is pretty common among modern predators,” said Drumheller. “Big theropods, like Allosaurus, probably weren’t particularly picky eaters if it meant they got a free meal.”

The research was focused on more than 2,000 bones recovered from the Jurassic Mygatt-Moore Quarry, a fossil deposit in western Colorado.

The paleontologists discovered hundreds of bite marks in unusually high frequencies on the bones.

Theropod bites were present on the enormous bones of large sauropods, on the heavily armored Mymoorapelta, and on other theropods as well. The bite marks were particularly prevalent among the common remains of Allosaurus.

Some of the bite marks were on meaty bones like ribs, but others were found in unexpected places, like on tiny toe bones.

The findings suggest that dinosaur remains often laid out in the open landscape for months at a time, with multiple scavengers and predators feeding on them.

The abundance of bite marks at the Mygatt-Moore site provided the researchers with many more details than are normally available from smaller sites. For example, theropod teeth are serrated and this tooth shape was apparent in some of the bite marks they left behind.

“We can’t always tell exactly what species were marking up the Mygatt-Moore bones, but we can say many of these marks were made by something big,” said D’Amore. “A few may have been made by theropods larger than any found at the site before.”