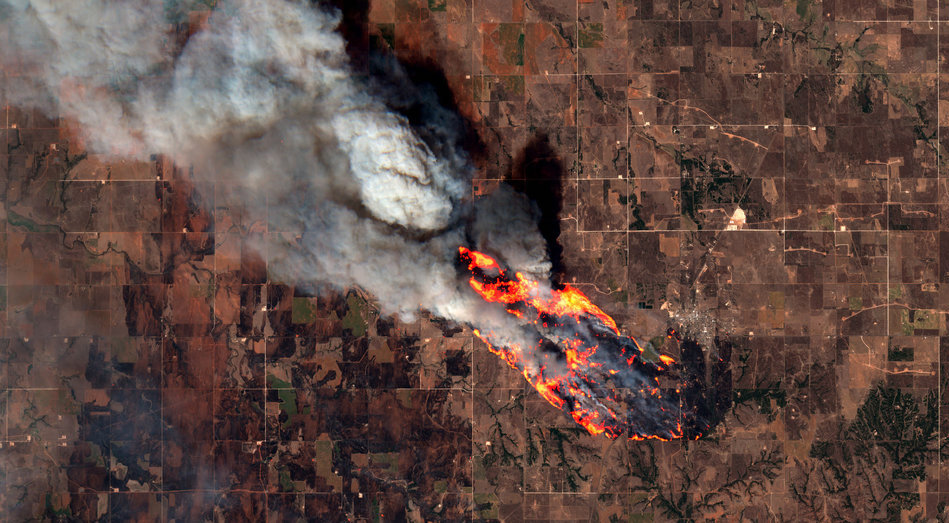 Extreme drought conditions and high winds are fueling the rapid spread of wildfires in western Oklahoma. Two people have lost their lives and dozens of homes have been destroyed as the fires continue to grow.

The largest of the wildfires, the Rhea Fire, has now burned close to 300,000 acres and is only around 10 percent contained. Across several communities in Dewey County, 50 homes and hundreds of buildings have been consumed by the massive fire.

An official from Woods County, Oklahoma, told the Associated Press that the number of cattle killed in the state is at least in the hundreds. Pastures have been demolished by the fires, creating an urgent need for hay to feed the surviving cattle.

The National Weather Service issued a Red Flag Fire Warning for parts of western Oklahoma on Wednesday, and a state of emergency was declared for 52 counties.

Shawna Hartman, a spokesperson for the Oklahoma Forestry Service, told BuzzFeed News that the weather conditions have now reached “historic” levels after no rain has fallen in the region for 150 days.

BuzzFeed is also reporting that 18 percent of Oklahoma is experiencing exceptional drought, which is the most severe classification of drought, and these areas have been hit the hardest by the wildfires. Dry vegetation is facilitating the rapid spread of fire along with low humidity and high winds.

Fire danger warnings are in place for parts of Kansas, New Mexico, Texas, and Colorado as well, where the current weather conditions are conducive to fires starting and spreading very quickly.

Rain is in the forecast for western Oklahoma beginning Friday, and may provide some much-needed relief for hundreds of firefighters and members of the National Guard who are tirelessly battling the fires.