Is extreme weather behind the recent E. coli outbreaks? • Earth.com 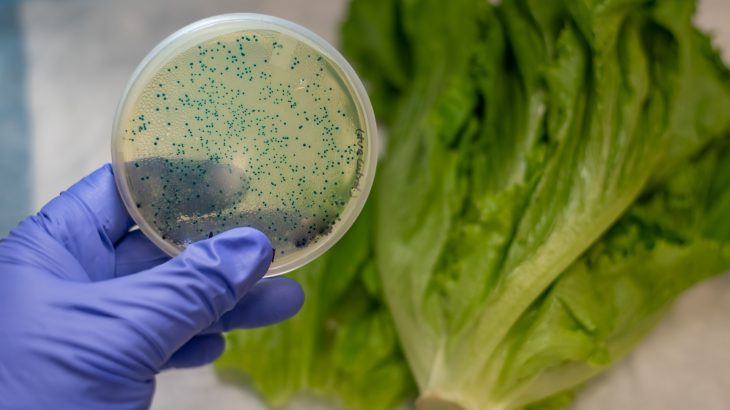 Is extreme weather behind the recent E. coli outbreaks?

A recent E. coli outbreak caused by contaminated romaine lettuce was declared by federal investigators to be over, as there had been no cases of illness caused by the bacteria known as O157:H7 for over a month.

However, the investigators who announced the end to this outbreak have let on that the investigation did not go as they had hoped. They were unable to confirm the source of the bacteria that led to over 90 people becoming ill. This is now the third failed investigation into romaine lettuce E. coli outbreaks in the last year.

Due to this inability to pinpoint the causes of these outbreaks, there hasn’t been a concentrated effort to make any changes that can prevent future issues – and there may be a reason behind the inability to solve contamination issues with lettuce. According to a report from WIRED, there is a growing concern within the industry that extreme weather events are making crops more vulnerable to contamination. If this is true, the effects of climate change are likely only to make things worse in the future.

After a major E. coli outbreak occurred in bagged raw spinach back in 2006 (resulting in 199 illnesses and three deaths), the industry passed major reforms in California and Arizona – the two main lettuce-growing states. Ensuing outbreaks have been smaller, but in the past year there has been a resurgence of outbreaks.

The proximate cause of the 2018 outbreaks was E. coli found in water used on farms, potentially due to the proximity of the water sources to livestock (although this was not supported by tests done on the suspected cows). As a solution, buffer zones where lettuce cannot be grown on farms near livestock operations were tripled in size, and open water sources have begun to be disinfected. But the extreme weather hypothesis held amongst some growers and investigators would not be addressed by those changes.

The outbreak in the spring of 2018 (210 illnesses and five deaths) was traced back to farms in Yuma, Arizona. While the suspected contaminated lettuce was still on the field, there was an extreme weather occurrence involving unusual frost followed by strong winds. It’s hypothesized that the freeze blistered the leaves, then the winds blasted bacteria into these blisters and allowed the pathogens to work their way into the vascular channels of the leaves where they could not be washed away.

According to WIRED, weather is not solely responsible for contamination. Rather, it can be thought of as “an amplifier,” according to Trevor Suslow, a plant pathologist and president of food safety for the Produce Marketing Association. He told WIRED that weather is ““something that shifts either the plant’s level of exposure or the conditions under which the E. coli can multiply.” According to Suslow, grows may have to monitor the air and water on their farms more closely, keeping an eye out for pathogens that could be transported onto their farms. They should also be watching the weather to be able to protect plants from damage.

Given these recent outbreaks, the focus needs to be on protecting the consumer from deadly bacteria, rather than attempting to salvage the produce that’s left behind.