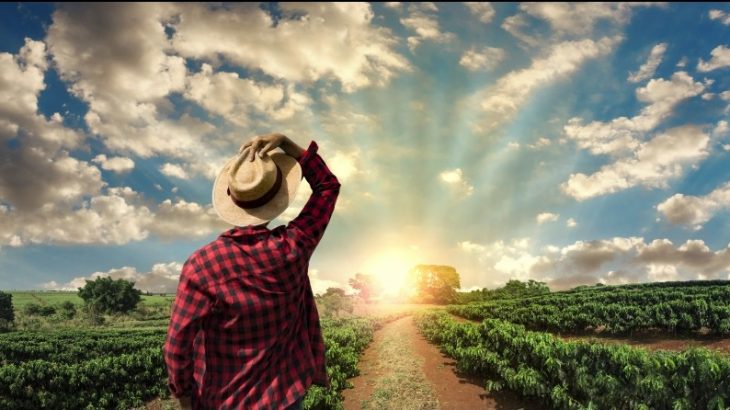 In a new study published by Frontiers, researchers emphasize that farmers have the knowledge that is needed to vastly improve crops. The scientists propose that combining the expertise of farmers with high-tech breeding could unleash the potential to make crops more resilient to climate change.

The researchers suggest that involving farmers in the development of  better crops increases the likelihood that new varieties will be adopted, making crop improvement more efficient.

Study co-author Carlo Fadda is the research director at the Alliance of Biodiversity and International Center for Tropical Agriculture.

“Modern breeding under a microscope in the lab can speed up breeding of ‘elite’ varieties able to provide significant yield increase,” said Fadda.”But are those varieties and traits most important to farmers? Do they plant them? On the other hand, traditional varieties can better withstand changing climatic conditions, but are these varieties high-yielding enough?”

The “Seeds for Needs” approach was first introduced in Ethiopia to speed up durum wheat breeding. Scientists took a selection of elite and traditional durum wheat varieties obtained from Ethiopia Biodiversity Institute (EBI) to farmers to get their feedback, and discovered that traditional varieties were superior. These varieties produced double the average national durum wheat yield and exhibited resistance to major diseases.

“Rather than mass-producing seed to cope in a broad range of conditions, we need to find varieties for local contexts in order to maximize yields at each site,” said Fadda. “Traditionally, farmers grow a portfolio of crops to withstand different conditions and make different products. Some will plant wheat for bread, for local-brewed beer, for injera – the local flatbread – to minimize their risk.”

The Seeds for Needs method relies on cutting-edge breeding to quickly achieve climate-resilient traits and crop varieties. When this technique is combined with farmer-selected crops that can cope in field conditions, the result is a better-adapted food supply that is more resilient to the impacts of the impending climate crisis, said the study authors.

“Climate change is a shifting target, and to address it we need a dynamic process,” saif Fadda. “This approach provides a constant injection of new material adapted to a broader set of conditions within one locality. With this approach, as climate change advances, there will always be well-adapted crop varieties for local conditions, bringing together high tech approaches and traditional knowledge.”

Study co-author Matteo Dell’Acqua is a geneticist at the Institute of Life Sciences, Scuola Superiore Sant’Anna, in Italy.

“This approach shows the value of combining the most advanced genomics approaches with traditional knowledge of farmer communities,” said Acqua. “In this framework, modern breeding and crowd-sourcing methods can complement each other in supporting local adaptation of farming systems to the impacts of climate change.”

Now that digital tools are available, the researchers say  that farmer “citizen scientists” can provide reliable information to identify varieties with superior traits tolerant to climate-induced stress. The previous collaborations with farmers show they are eager to be part of trials, to contribute to research or in exchange for advice.

In Ethiopia, two wheat varieties that were developed using the Seeds for Needs technique have been released four years faster than the average time required to release new crop varieties.