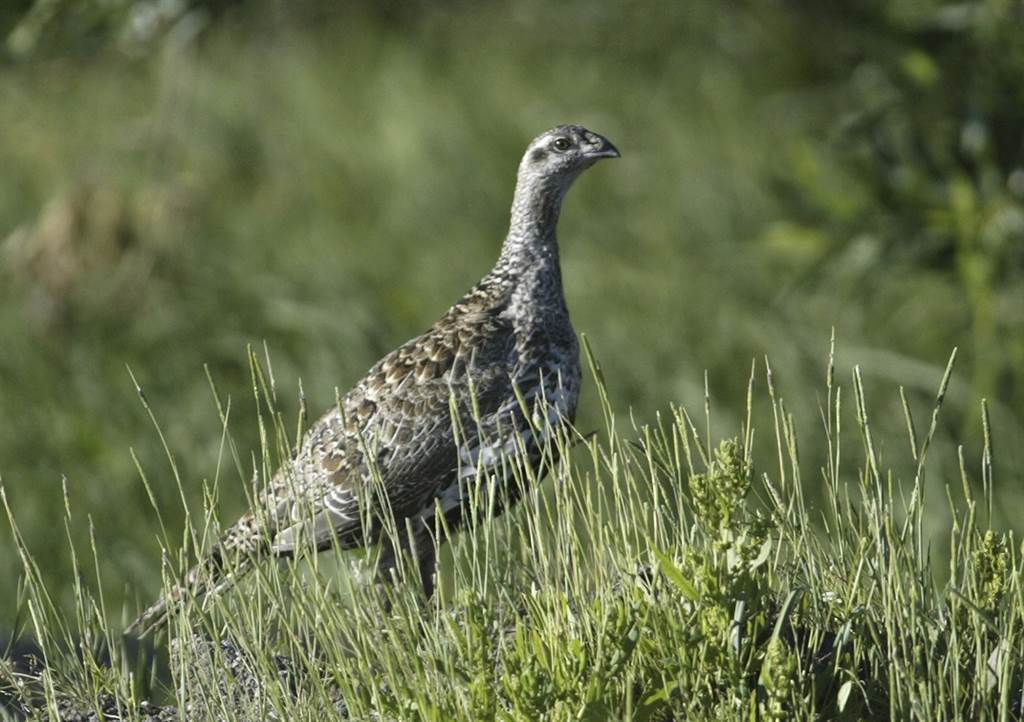 Attempts by rural Nevada counties, mining companies and others to block new U.S. policies intended to protect the greater sage grouse could backfire on the critics and ultimately force the reconsideration of a recent decision to keep the bird off the list of endangered species, federal land managers warn.

Justice Department lawyers representing three U.S. agencies say it took an unprecedented effort by officials in 11 western states from California to the Dakotas to persuade the Fish and Wildlife Service last month to reverse its 2010 conclusion that protection of the grouse was warranted under the Endangered Species Act.

The new finding was based on assumptions that added protections in the land-planning amendments being challenged will be carried out to ensure the grouse no longer is threatened with extinction, they said in a brief filed Friday in U.S. District Court in Reno.

U.S. District Judge Miranda Du has set a hearing for Nov. 12 in Reno to consider granting a preliminary injunction blocking the amendments.

Elko and Eureka counties and others filed the lawsuit on Sept. 23 – the day after Interior Secretary Sally Jewell announced the listing decision. The Wyoming Stock Growers Association also is suing in federal court there, and Idaho’s governor has signed onto a separate lawsuit filed in federal court in Washington, D.C.

The Nevada lawsuit says the plans could run mining companies and ranchers out of business, block construction of a wind energy project that could bring Elko County $500 million and deny firefighters and law officers access to existing roads during emergencies.

Nevada Attorney General Adam Laxalt added his name to the lawsuit last week – over the objections of Gov. Brian Sandoval – along with Churchill, Humboldt, Lander, Lincoln, Pershing and Washoe counties in the state.

The government, in its first formal response, says the opponents misrepresent and exaggerate the potential effects. It says they have proven no irreparable harm and are challenging prematurely the planning-level amendments that offer guidelines but render no specific decisions on individual grazing, mining or other federal permits.

“They allege speculative injuries that will come to pass, if at all, only after future site-specific decisions are made,” Bogden wrote. He especially challenged claims the protections could restrict use of thousands of miles of existing roads and threaten public safety by inhibiting the travel of emergency responders.

“The amendments do not close any existing routes,” Bogden wrote. “But even if they did, the agencies’ regulations exempt emergency vehicles from OHV (off-highway vehicle) restrictions.”

The lawsuit accuses the government of “attempting a massive management change” for more than 20 million acres of public land in Nevada without proper environmental review – nearly 3 million acres where new mining claims are prohibited for at least two years and more than 16 million acres subject to what the lawsuit calls onerous travel restrictions.

The two-year freeze on some new mining claims was triggered by Jewell’s proposal last month to withdraw 10 million acres of public lands in Idaho, Montana, Nevada, Oregon, Utah and Wyoming under the 1872 Mining Law, which was passed then to encourage the development of lands in the western U.S.

But Bogden said the proposed withdrawal is subject to “valid existing rights and has no immediate effect on mining operations.” It’s subject to public comment through Dec. 23.

Likewise, nothing in the guidelines themselves would prevent construction of the $500 million China Mountain Wind Energy Project in Elko County, he said. “Elko’s County’s speculation that ultimately it will not be approved is not an imminent injury,” Bogden said.

The lawsuit says the government inappropriately dismissed Elko County’s plan to increase livestock grazing as a way to bolster grouse habitat by slowing the growth of vegetation that fuel wildfires. But Bogden said there is “no scientific evidence to support a correlation between increased grazing and improved sage grouse habitat.”