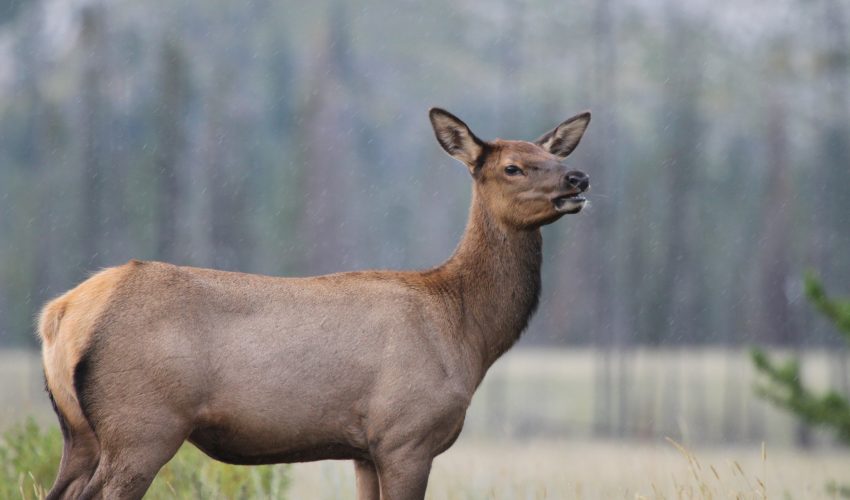 As female elk get older, they also get wiser about avoiding hunters, a new study found.

By the age of 10, female elk are ”nearly invulnerable” to human hunters, according the University of Alberta study.

The researchers found that older female elk reduced their movement rates, thereby lowering their detectability and the likelihood of encountering human hunters.

Older female elk also increased their use of safer grounds — rugged terrain and forest — when they were near roads, where the likelihood of being spotted by hunters is highest.

The study also found that elk could differentiate between bow and rifle hunters. Older females used rugged terrain more during the season for bow hunting than during that for rifle hunting, presumably reflecting the fact that bow hunters need to stalk their prey closely and this is more difficult on slopes.

Rifle hunters, however, can shoot over distances of up to 300 meters.

The results could have have implications for managers trying to influence animal behavior through learning, the authors said. Even a low risk could induce avoidance behavior in more experienced animals, the researchers said.