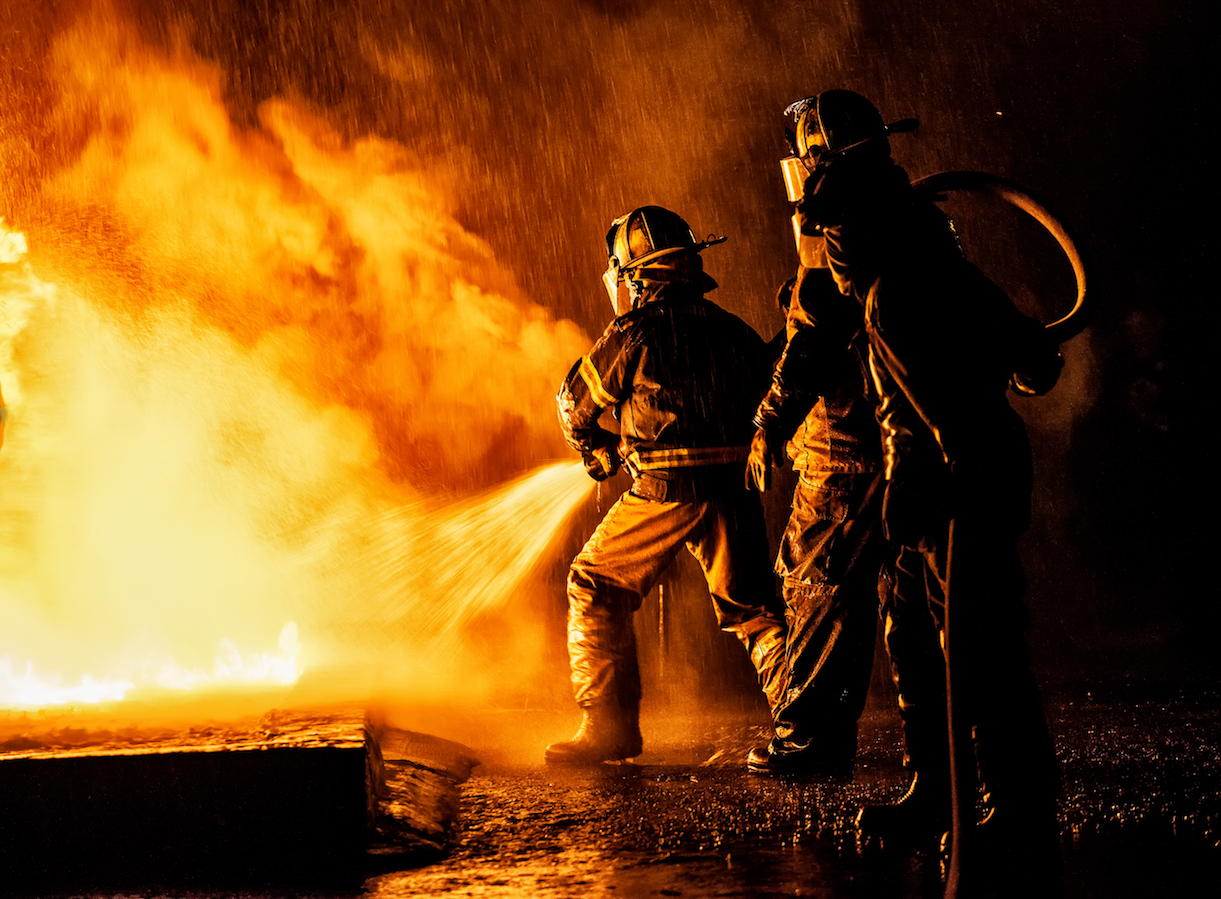 As firefighters continue to battle the blazes in northern California well over a week after they first began, we are once again reminded of the risks they take to keep us safe. The threat of being overtaken by flames is a known hazard of fire fighting, but there are also less obvious dangers faced by firefighters. Researchers have now measured the level of carcinogens and other harmful substances that firefighters are subjected to while battling fires, and have found a potential way to reduce this hazardous exposure.

In 2013, the U.S. National Institute for Occupational Safety and Health reported that firefighters had higher rates of several kinds of cancer than the general population based on a study of 30,000 firefighters in three cities. When wood, plastics, furniture, electronics and other building materials burn, they release hazardous substances into the air such as polycyclic aromatic hydrocarbons (PAHs).

Exposure to PAHs is of particular concern because these compounds are known carcinogens that can cause DNA mutations and cancer. Despite this concern, few studies have investigated the actual levels of PAHs that firefighters are exposed to while working.

A research team led by Jules M. Blais set out to examine the amount of PAHs and other combustion emissions that firefighters may encounter during a fire. To do this, they collected samples of urine and wiped the skin and clothing of over two dozen firefighters before and after they responded to fires in 2015 and 2016.

The study revealed that post-fire levels of PAH metabolites in urine were 2.9 to 5.3 times higher than pre-fire levels. In addition, the potential for genetic mutations was found to be 4.3 times higher after exposure to PAHs.

“There’s a relationship between firefighters’ urinary PAH metabolite levels and the levels of PAHs on their skin, which leads us to suspect that dermal contact may be an important route of exposure,” explained co-author Jennifer Keir.

The researchers determined that immediately decontaminating the skin after exposure to fire could help reduce firefighters’ susceptibility to these potentially cancer-causing compounds.

The study is published in the American Chemical Society publication Environmental Science & Technology.