First proof that pythons are reproducing in Florida • Earth.com 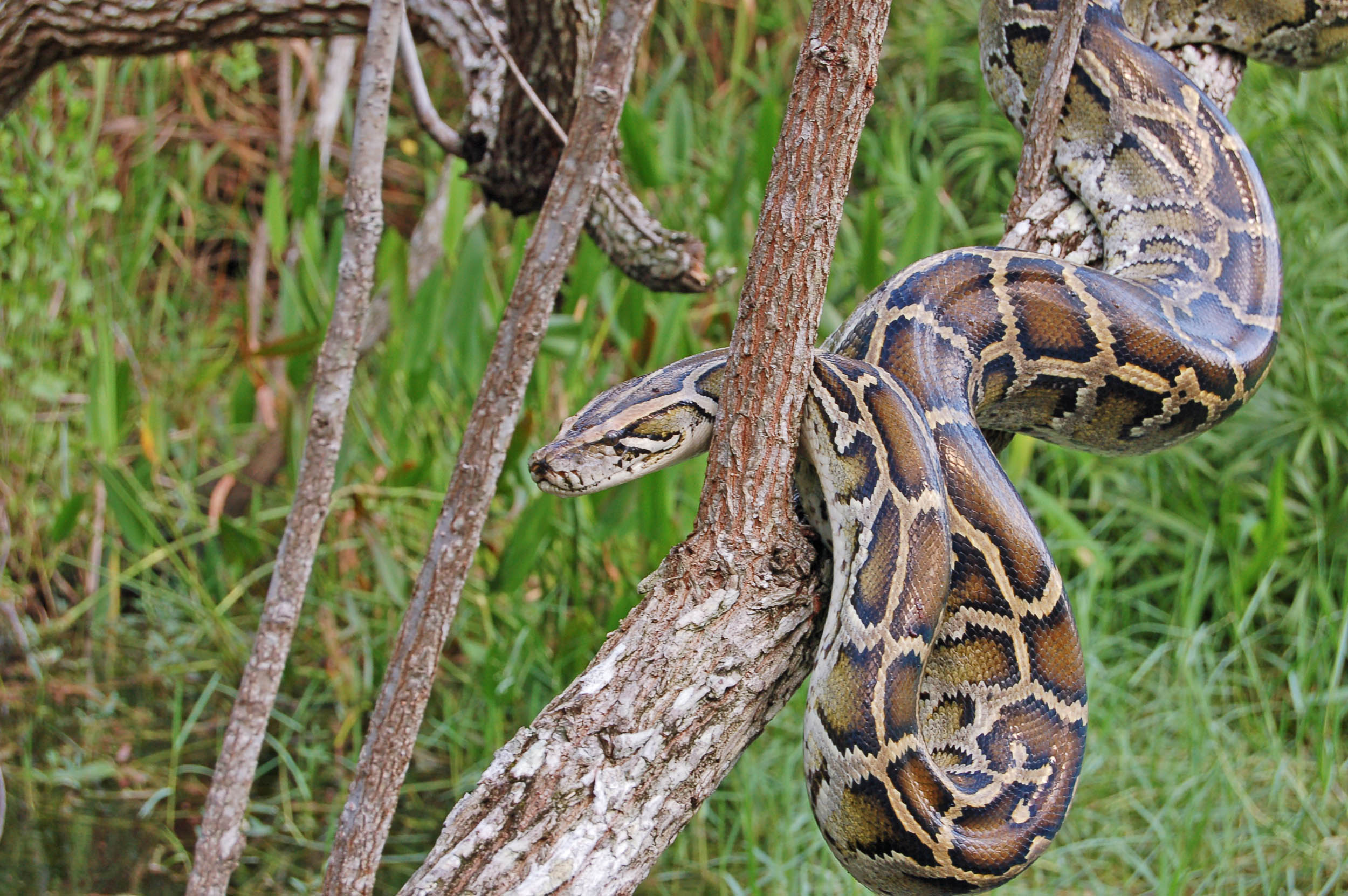 First proof that pythons are reproducing in Florida

Burmese pythons that have decimated mammal populations in the Everglades are reproducing now in the Florida Keys, state wildlife officials said Thursday.

Two hatchlings roughly 18 inches long were found in Key Largo in early August, and a third hatchling was found Aug. 23 in the part of the island chain closest to Florida’s southern tip, according to a statement Thursday from the Florida Fish and Wildlife Conservation Commission.

No python nests or eggs were found, but the first sightings of hatchlings in the Keys suggest that the invasive snakes have been reproducing in the area, the commission said.

“This is not surprising considering the proximity to the known breeding population in the Everglades,” said Kristen Sommers, section leader of the commission’s Wildlife Impact Management Section.

The state’s exotic species hotline has received 31 credible reports about pythons in the Keys over the past five years, and the most recent confirmed sightings have been in Key Largo, according to the commission’s statement.

Thousands of pythons, far from their natural environment in Southeast Asia, are believed to be eating Florida wildlife in the Everglades. Wildlife officials have worried for years about the snakes making their way south from the Florida wetlands into the Keys, where protected mammals such as the Key Largo woodrat and the Key Largo cotton mouse are already easy prey for feral cats and other animals.

Highly publicized python hunts on state lands have caught only small numbers of the elusive snakes. State and federal wildlife authorities are sending postcards with pictures of pythons to Keys homeowners, asking them to report any python sightings to the hotline at www.IveGot1.org .

“This information will ultimately help all of the agencies involved focus our research and control efforts in areas where python densities are highest, and hopefully mitigate their further spread,” United States Geological Survey biologist Bryan Falk said in a statement.