Flavored vaping liquids found to destroy the cells that line the airway • Earth.com 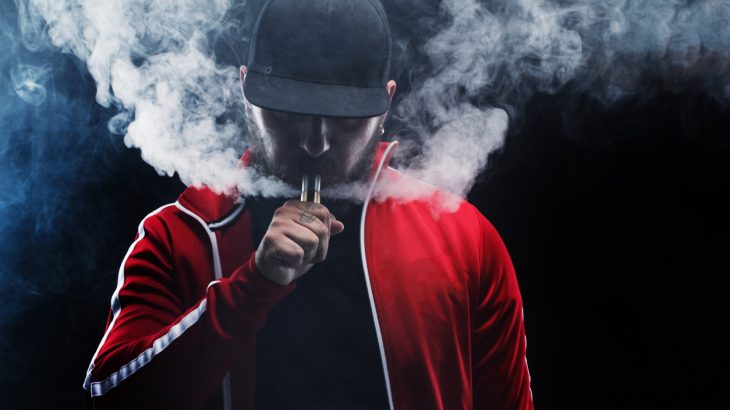 Flavored vapor used in e-cigarettes can completely destroy bronchial epithelial cells that line the airways, according to a new study from the University of Adelaide. The researchers have identified three types of apple-flavored vaping liquid that is particularly dangerous.

The study also revealed that vaping substances can interfere with the immune system by disrupting macrophages, which are specialized cells that detect and wipe out harmful organisms such as bacteria. These white blood cells can also engulf and store unhealthy cells and foreign debris.

In the United States, eight people have died and another 530 have fallen extremely ill as mysterious, vaping-related lung illnesses have emerged. The majority of the patients are young men between the ages of 18 and 34.

NBC reports that the Food and Drug Administration recently launched a criminal investigation into the products that may be causing the illnesses, but has yet to find a single device or ingredient that links all of the cases.

The University of Adelaide researchers said their findings show that tougher government regulation of vaping is now required. The team also emphasized that e-cigarettes can no longer be considered a healthier alternative to traditional tobacco cigarettes.

“There are no regulations on the manufacturing of e-liquids. There are also no requirements to list the ingredients or their quantities,” said study co-author Miranda Ween.

“As such, no two ’apple,’ ‘chocolate,’ or ‘cotton candy’ e-liquids will be made with the same flavoring ingredients, or even concentrations. These are the things that we know can affect how unsafe a particular e-liquid is.”

The Centers for Disease Control and Prevention (CDC) found that many of the victims in the U.S. had pockets of oil clogging up cells that are responsible for removing impurities from the lungs. In some of the cases examined by the CDC, patients had obtained unlicensed vaping products which contained THC, the active ingredient in cannabis.

The FDA has proposed a rule that would permit companies to sell e-cigarettes only after the products have been demonstrated as being safe. Michigan and New York have completely banned the fruity and minty e-cigarette flavors, and Walmart announced last week that it will no longer sell e-cigarettes in its American stores.

The American Medical Association has called for vapers to discontinue use of e-cigarettes until the cause of the lung disease outbreak has been identified.

The study is published in the medical journal Respirology.