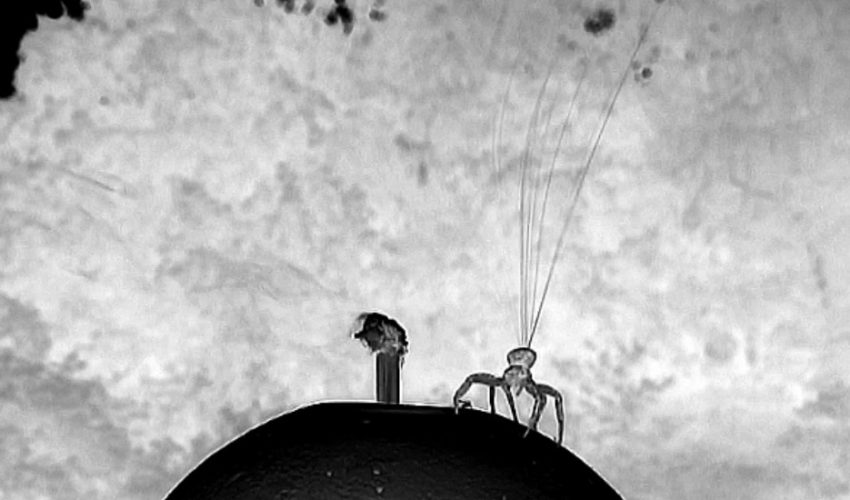 Researchers have discovered how some spiders take flight after gauging wind conditions and spinning out tiny nanoscale fibers.

Ballooning is the term used to describe how certain spiders travel on the wind because they spin out long, thin threads that sail with the direction of whatever breezes are present.

Ballooning is typically associated with young spiders as it is commonly seen among recently hatched babies who use ballooning to travel away from their birth site.

Spiders also use ballooning to find food, a new home, or a mate and while previous research has examined flying in spiders before, this new study is the first of its kind to make detailed measurements of the silk fibers that ballooning spiders spin out and use to catch the wind.

The study was conducted by researchers from the Technische Universität in Berlin and published in the journal PLOS Biology.

Large crab spiders were used for the study, and the researchers conducted a series of field observations as well as wind tunnel experiments to better understand how these spiders prep for their launch and sense meteorological conditions.

The crab spiders evaluated wind conditions by raising their front legs and orienting to the direction of the wind.

If conditions were right for the spider, it would spin out multiple strands of silk threads, some up to seven meters long.

The researchers found that when wind speeds were below seven miles per hour with light updrafts, the spiders spun out up to 60 threads measuring three meters long and launched themselves from an anchoring line that was attached to a blade of grass.

Ballooning spiders seem to be able to accurately assess wind conditions including speed, direction, and updrafts and only fly when the conditions are just right. Updrafts play a crucial role in the spider’s ability to travel long distances.

“The pre-flight behaviors we observed suggest that crab spiders are evaluating meteorological conditions before their takeoff,” said  Moonsung Cho, the study’s lead author. “Ballooning is likely not just a random launch into the wind, but one that occurs when conditions most favor a productive journey.”