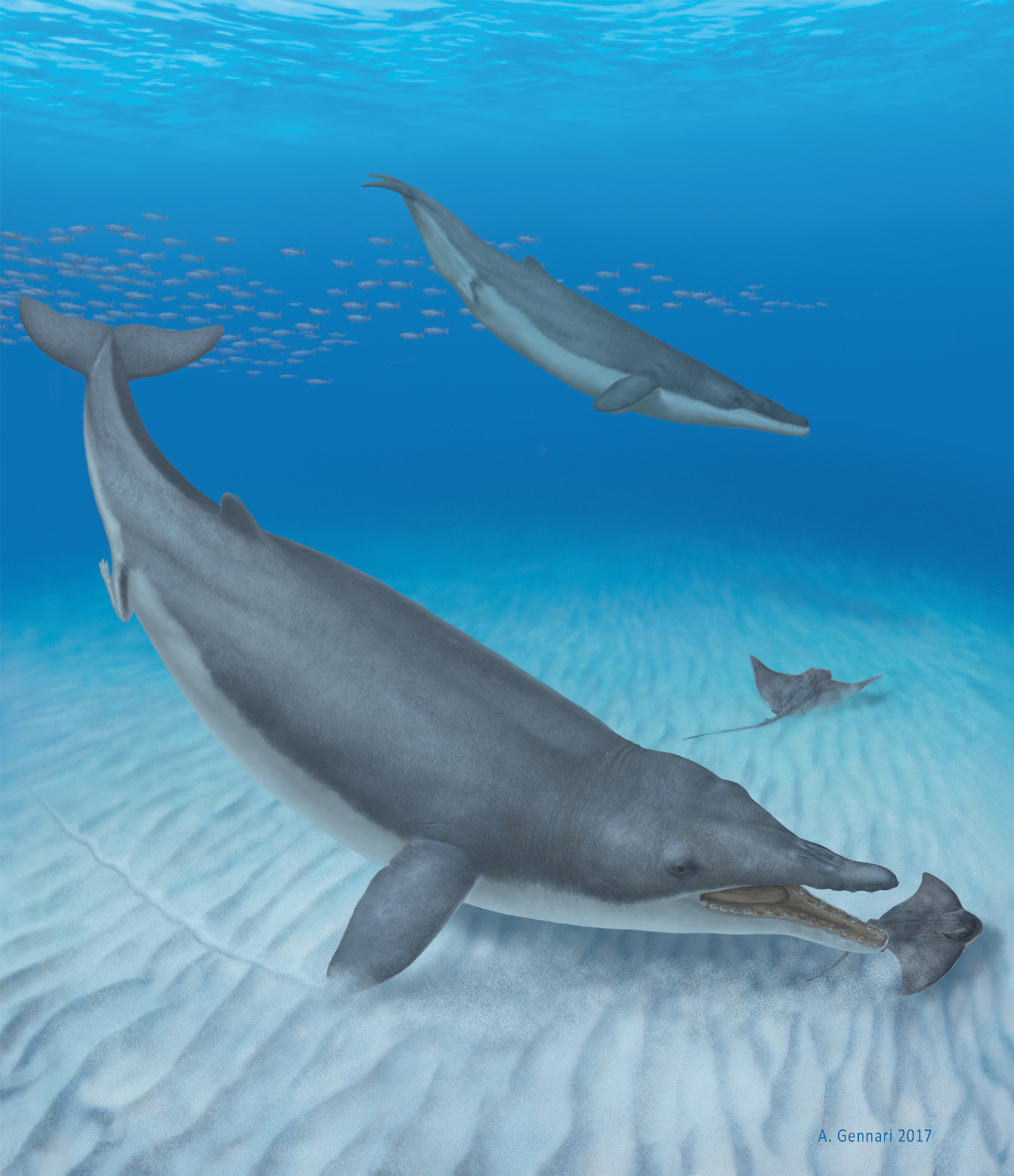 If you’ve ever wondered what baleen whales may have looked like over 30 million years ago, you’re in luck. Researchers’ analysis of a 36.4-million-year-old fossil has revealed some interesting anatomical differences from the whales we know today.

Scientists discovered this specimen in the Pisco Basin in Southern Peru. It is now the oldest known member of the mysticete group, which includes the humpback whale, blue whale, and the right whale. They believe the animal was between 3.75 and 4 meters long, which makes it smaller than any of its living relatives. But they found the most important difference hiding in its skull.

Modern members of the mysticete group have baleen instead of teeth, which allows them to filter ocean water and feed on the tiny marine animals that get trapped in the baleen. Surprisingly, this fossil had actual teeth, leading the paleontologists to call it Mystacodon, which means “toothed mysticete.”

Further analysis of this fossil suggested that prior to baleen whales losing their teeth, they might have been suction feeders, diving to the ocean floor and inhaling prey into their mouths. “This find by our Peruvian colleague Mario Urbina fills a major gap in the history of the group, and it provides clues about the ecology of early mysticetes,” says paleontologist and study co-author Olivier Lambert of the Royal Belgian Institute of Natural Sciences.

Unlike members of the basilosaurid group, which contains whales believed to be active hunters, Mystacodon’s teeth showed a different pattern of wear and tear. This led researchers to suggest that the Mystacodon may represent an intermediate step between active hunting and filter feeding, bridging a divide between ancient basilosaurids and modern mysticetes.

“For a long time, Creationists took the evolution of whales as a favorite target to say that, ‘Well, you say that whales come from a terrestrial ancestor, but you can’t prove it. You can’t show the intermediary steps in this evolution,’” says Lambert. “And that was true, maybe thirty years ago. But now, with more teams working on the subject, we have a far more convincing scenario.”

The researchers believe this finding is also evidence of the predictive power of the theory of evolution. But this difference in teeth and hunting-style wasn’t their only discovery.

While observing the fossil’s pelvis, the team found another anatomical anomaly in the form of fully articulated, tiny vestigial hind limbs that stuck out from the whale’s body. Before this find, paleontologists had thought that whales lost their hip articulation before baleen whales and modern toothed whales diverged. This may no longer be the case. The articulation of these tiny limbs with the pelvis suggests that mysticetes and modern toothed whales may have actually both lost this feature independently.

Hoping to carry on the momentum from these exciting discoveries, Lambert and his team plan on returning to the excavation site in Peru to search for more whale fossils from different epochs.