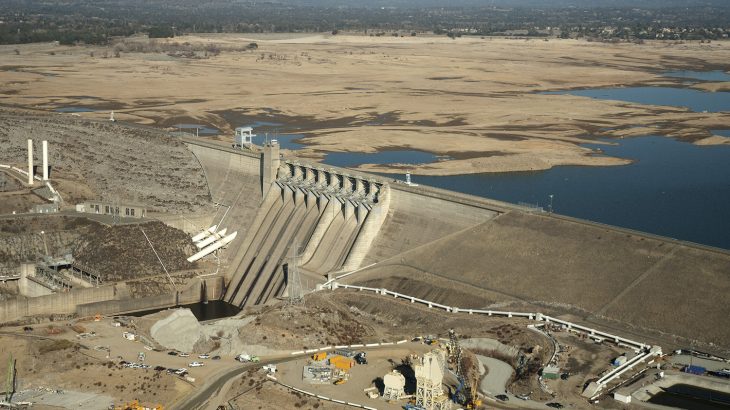 Fossil fuel emissions increase during droughts as hydropower dries up

During droughts, states that use hydropower often have to turn to fossil fuel generated power as water resources run low.

This in turn causes an increase in harmful emissions, according to researchers from Stanford University who found that ten percent of yearly CO2 emissions were due to drought in four states including California and Washington between 2001 and 2015.

The researchers detailed their findings in a new study published in the journal Environmental Research Letters.

Along with CO2 emissions, the researchers also found that sulfur dioxide and nitrogen oxide emissions increase during droughts because of the use of fossil fuels to compensate for lost hydropower.

Utah, Washington, and Wyoming have experienced some of the largest increases in sulfur dioxide and nitrogen oxide emissions during droughts.

“Water is used in electricity generation, both directly for hydropower and indirectly for cooling in thermoelectric power plants,” said Noah Diffenbaugh, the senior author of the study. “We find that in a number of western states where hydropower plays a key role in the clean energy portfolio, droughts cause an increase in emissions as natural gas or coal-fired power plants are brought online to pick up the slack when water for hydropower comes up short.”

One of the major challenges of reducing emissions and going carbon free is ensuring that renewable energy sources can meet demand.

For example, a rare wind drought early this summer caused wind farms in the UK to generate less than two percent of the country’s power as the lack of wind brought turbines to a standstill.

Similarly with hydropower, when water resources run low during a drought, the power grid has to turn to alternative power generating methods to ensure that electricity demands are met.

“To have reliable and clean electricity, you have to make sure you have an energy portfolio that’s diverse, such that low-emissions electricity sources are able to kick in during a drought when hydropower cannot fully operate,” said Julio Herrera-Estrada, the lead author of the new study. Herrera-Estrada along with a team of researchers analyzed statistics from the U.S. Energy Information Administration and the U.S. Environmental Protection Agency.

The results of their analysis showed that drought-induced energy shifts resulted in 100 million extra tons of carbon dioxide emitted across eleven states in the Western US from 2001 to 2015, the equivalent of putting 1.4 million more vehicles on the road every year.

“For decades, people have been looking at the impacts of droughts on food security and agriculture,” said Herrera-Estrada. “We’re less aware of exactly how droughts impact the energy sector and pollutant emissions in a quantitative and systematic way.”

While the increase in emissions is problematic enough, severe droughts are only expected to become more common which will put more pressure on renewables and fossil fuels.

States like California have put in place mandates to be carbon-free by 2045. The increase in droughts will make meeting these targets difficult if the study’s trends continue.

“For California, Oregon and Washington, which generate a lot of hydropower, the drought-induced increases in carbon dioxide emissions represent substantial fractions of their Clean Power Plan targets,” said Herrera-Estrada.

The researchers say that understanding how droughts impact fossil fuel emissions and renewable energy is important because other countries may face similar problems.

“Other parts of the world depend on hydropower even more than the western U.S.,” said Diffenbaugh. “Our results suggest that hydro-dependent regions may need to consider not only primary generation but also backup generation in order to meet emissions reduction targets, such as those in the UN Paris Agreement.”