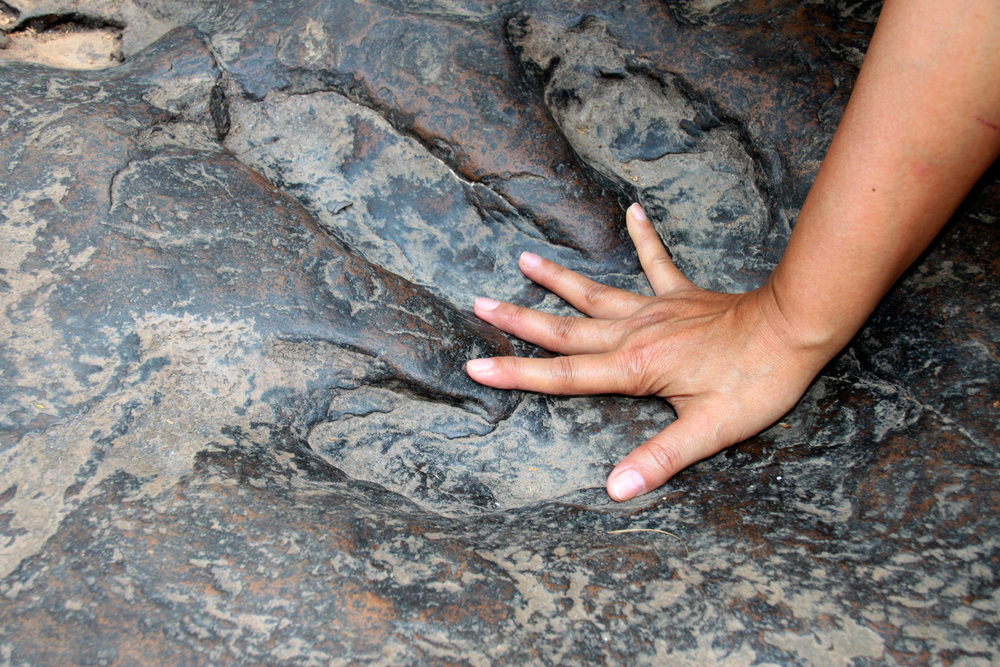 Long before dinosaurs roamed the Earth, amphibians may have been rulers of the planet – or at least, that’s what paleontologists concluded after new research into fossilized footprints.

The fossilized footprints – on about 20 red sandstone slabs – were found in a Birmingham, England museum, where they had been stored and forgotten for decades. But researchers got a surprise when the footprints were found: they were more than 300 million years old, too old to belong to dinosaurs.

A research team led by Dr. Richard Butler of the University of Birmingham and doctoral student Andrew Jones enthusiastically studied the unique fossils.

The footprints were formed back when the hard sandstone was mud, and ancient creatures walked through it. The footprints dried, then were preserved under layers of sand and plant material.

At that time, much of England was a lush rainforest that made an excellent habitat for amphibians, which needs ponds and other bodies of water to raise their young, and the insects they preyed on.

About 290 million years ago, however, the climate started drying up, Butler said. The rainforests collapsed without enough water, and the animals that relied on them – including the giant amphibians – began to disappear, replaced by enormous reptiles that didn’t need such water habitats.

Using high-resolution imaging, Butler and Jones created 3-D models of the footprints, then compared them to other fossils found around the world. They found that some of the footprints were from large amphibians, while others were from reptiles called pelycosaurs, which would after millions of years diversify into dinosaurs and mammal-like reptiles.

Because both types of footprints were present in the fossils, the researchers believe the slabs of sandstone may give a unique peek into the end of the age of amphibians and the beginning of the rise of reptiles. They hope to find more Birmingham fossils that will offer insights into what life was like 300 million years ago.