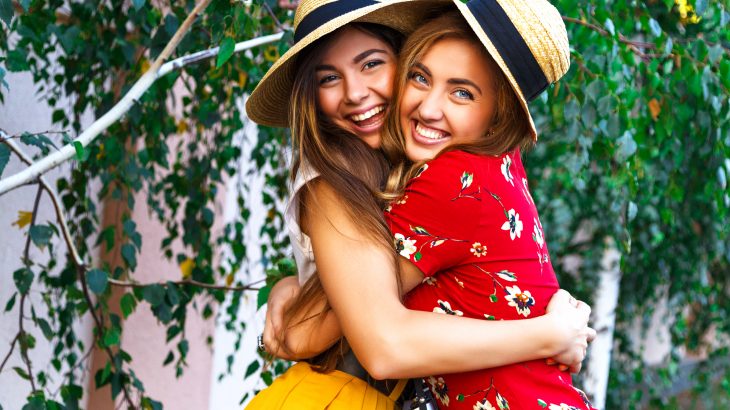 Jealousy is not always a bad thing when it comes to maintaining friendships, according to a recent study from Arizona State University (ASU). In fact, the researchers propose that jealousy is often a good thing for friendship maintenance.

Social isolation is associated with a greater risk of fatal heart disease, and also with serious mental health issues like depression, dementia, and schizophrenia. On the other hand, people with friends are physically healthier and have an improved sense of well-being.

But even among the most highly social people, relationships do not always last forever.

“Friendships can foster happiness, health, and reproductive fitness. However, friendships end – even when we might not want them to,” wrote the study authors. “A primary reason for this is interference from third parties.”

“Yet, little work has explored how people meet the challenge of maintaining friendships in the face of real or perceived threats from third parties, as when our friends inevitably make new friends or form new romantic relationships.”

“Friends aren’t just fun. They are an important resource, especially in our current situation with ongoing COVID-19 outbreaks. Friends give support during conflict, buffer against loneliness, and can even provide life sustaining resources when we need them,” said Professor Jaimie Arona Krems.

“We wanted to understand how we keep friendships, and we found feelings of jealousy can act like a tool for maintaining friendships.”

The researchers found that feelings of jealousy were related to the value of the friendship and also motivated behaviors that boosted relationships.

The study also showed that not all threats to friendships evoked jealousy. For example, when a best friend moved away, the feelings that emerged were primarily sadness and anger rather than envy.

On the other hand, when friendships were threatened by another person – such as a potential romantic partner or a new friend at work – the predominant feeling was jealousy.

The intensity of jealousy depended on the extent of the perceived threat posed by a third-party. A best friend usually felt more threatened by a new pal than by a romantic partner, resulting in stronger feelings of envy.

“The third party threats to a friendship were not just related to a best friend spending time away from us: It mattered whether the person they were spending time with could replace us as a friend, explained Professor Douglas Kenrick.

“We found people felt less jealous about their best friend spending the same amount of time with a new romantic partner than a new acquaintance, which means what makes us most jealous of is the possibility that we might be replaced.”

When individuals felt threatened by being replaced, behaviors emerged that helped to defeat the third-party interference, like trying to monopolize a best friend’s time.

“Together, these behaviors are called ‘friend guarding’, and they occur across cultures and also in non-human animals. Female wild horses are known to bite and kick other female horses,” said Professor Keelah Williams.

While some friend guarding behaviors focused on control or manipulation, others involved a  commitment to being a better friend.

“Getting jealous can sometimes be a signal that a friendship is threatened, and this signal can help us jump into action to invest in a friendship that we might have been neglecting,” said Professor Athena Aktipis.

The research is published in the Journal of Personality and Social Psychology.