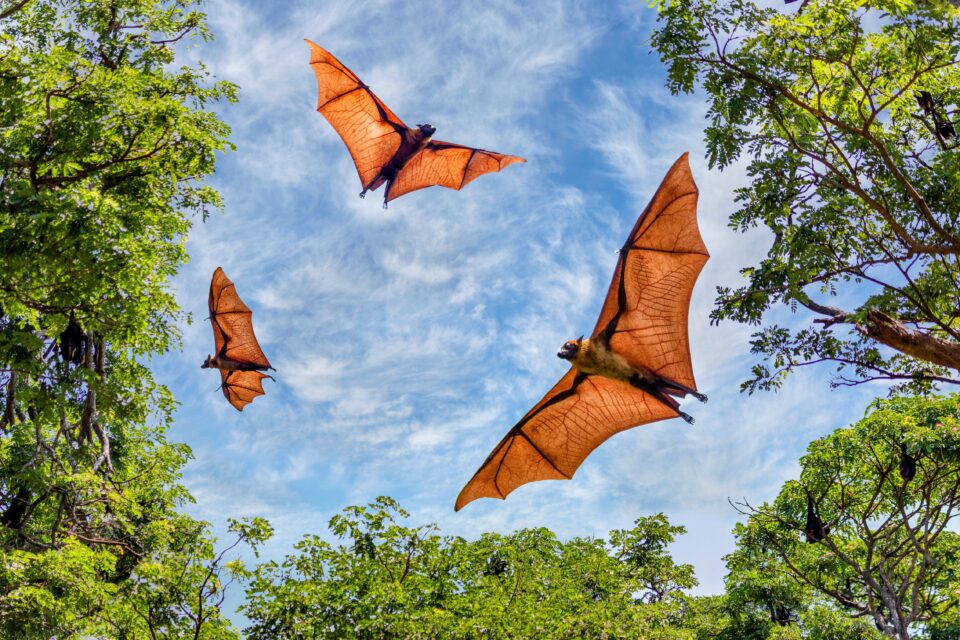 A team of experts at Tel Aviv University set out to investigate whether the boldness of city bats is a trait that is genetically inherited or if it is a behavior that is learned. During a project in which urban fruit bats were adopted by rural mothers and vice versa, the researchers found that the pups behave like their adoptive mothers rather than their biological moms.

The experiment revealed that pups born in the country and adopted by urban mothers were bolder, taking more risks than those adopted by rural mothers.

“We wanted to find out whether boldness is transferred genetically or learned somehow from the mother,” said study co-author Professor Yossi Yovel. “Our findings suggest that this trait is passed on to pups by the mothers that nurse and raise them, even when they are not their biological mothers.”

Study lead author Dr. Lee Harten explained that while most animals do not live in an urban environment, some species thrive in it. “We are trying to understand how they do this.”

“Fruit bats are an excellent example of a species that has adapted well to the human environment of the city. Bat colonies thrive in Tel Aviv and other cities, while other colonies still live in rural areas.”

“Research has shown that city-adapted fruit-bats tend to be bolder and take more risks than those living in the wild. We wanted to examine, under laboratory conditions, whether this trait is genetic or acquired.”

The research involved 86 mother-pup pairs of fruit bats: 61 pairs from four urban colonies and three rural colonies. The experts conducted experiments that were designed to investigate the behavioral differences between the two groups, with a central focus on their boldness, or willingness to take risks.

Prior to the experiments, the team demonstrated that urban bats could immediately complete a task that involved entering an unknown box to find food. The urban bats, on the other hand, were much more intimidated by the scenario and took several hours to enter the box.

“Similar results were observed in past experiments with birds: birds living in the city take more risks than birds of the same species residing in rural areas. Our study was the first to test this issue in bats,” said Professor Yovel.

Next, the researchers wanted to determine whether pups inherit or learn to take risks. They presented the same box experiment to the young pups who had never searched for food on their own. The study revealed that the urban pups, just like their parents, were bolder and learn faster than rural pups.

“These findings first led us to think that boldness is hereditary – passed on genetically from the urban parents to their pups. However, we know that young pups are still exposed to their mothers after birth. We decided to check whether pups learn from their mothers or are influenced by them in some other way.”

The researchers introduced a cross-adoption method where pups born to urban mothers were raised by rural mothers, and vice versa. The team noted that this is the first “nature vs. nurture” study for boldness in urban animals.

“We found that the pups behaved like their adoptive mothers, not like their biological mothers. This means that boldness is an acquired rather than hereditary trait, passed on in some way from mother to young pup. We hypothesize that the agent may be some substance in the mother’s milk,” explained Dr. Harten.