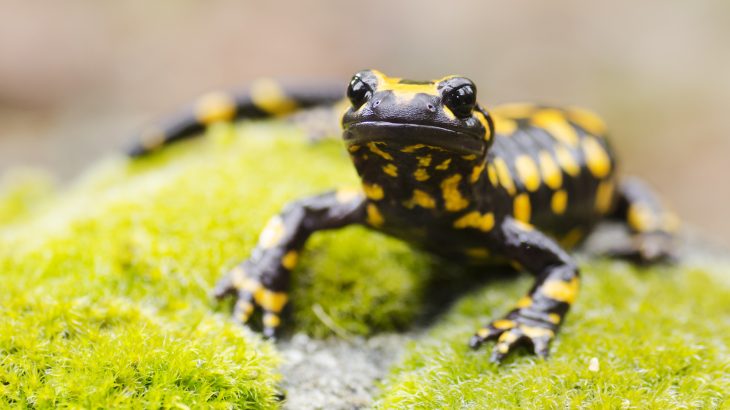 If you cut the leg off a salamander, it can grow back. Some animals, such as jellyfish and sea anemones, can actually regenerate their entire bodies after being cut in half.

Now, a new study led by Harvard University is providing new insight into how animals are capable of regeneration. The team has identified a DNA switch that appears to control genes for whole-body regeneration.

When the researchers set out to investigate using three-banded panther worms, they found that a section of non-coding DNA activates a “master control gene” called early growth response (EGR). Once it is active, EGR switches additional genes on or off to control a number of other processes.

“What we found is that this one master gene comes on…and that’s activating genes that are turning on during regeneration,” said study co-author Andrew Gehrke. “Basically, what’s going on is the non-coding regions are telling the coding regions to turn on or off, so a good way to think of it is as though they are switches.”

In order for this process to work, tightly compacted DNA in the worm’s cells shifted, making new areas available for activation.

“A lot of those very tightly packed portions of the genome actually physically become more open, because there are regulatory switches in there that have to turn genes on or off,” said Gehrke. “So one of the big findings in this paper is that the genome is very dynamic and really changes during regeneration as different parts are opening and closing.”

To understand the changing genetic dynamics, the team needed to first sequence the worm’s genome. “That’s a big part of this paper – we’re releasing the genome of this species, which is important because it’s the first from this phylum,” said study lead author Mansi Srivastava. “Until now there had been no full genome sequence available.”

The team identified as many as 18,000 regions of the genome that change during regeneration, and discovered that EGR acts like a power switch for regeneration.

“We were able to decrease the activity of this gene and we found that if you don’t have Egr, nothing happens,” said Srivastava. “The animals just can’t regenerate. All those downstream genes won’t turn on, so the other switches don’t work, and the whole house goes dark, basically.”

The study may explain why regeneration does not work in humans. “It turns out that Egr, the master gene, and the other genes that are being turned on and off downstream are present in other species, including humans,” said Gehrke.

According to Srivastava, the big question is why do humans not regenerate if we can turn on EGR when our cells are injured.

“The answer may be that if EGR is the power switch, we think the wiring is different. What EGR is talking to in human cells may be different than what it is talking to in the three-banded panther worm, and what Andrew has done with this study is come up with a way to get at this wiring.”

“So we want to figure out what those connections are, and then apply that to other animals, including vertebrates that can only do more limited regeneration.”