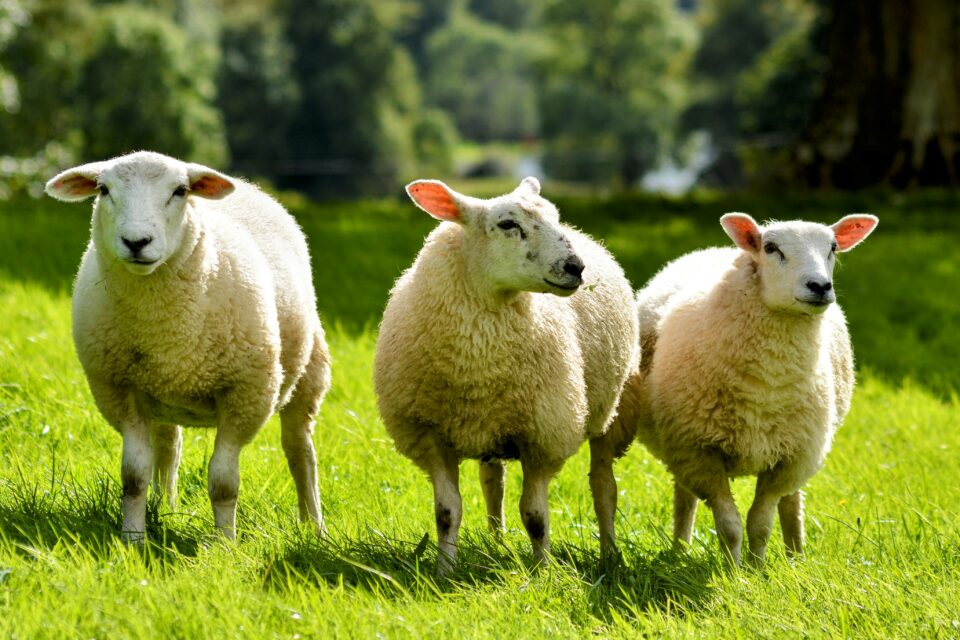 Climate change and related extreme weather events such as heatwaves or droughts are putting livestock at risk, causing huge economic losses for the production chain. To solve this problem, a research team led by the Catholic University of the Sacred Heart in Piacenza, Italy, are searching for genes to make cattle and sheep breeds more resistant to climate change.

“Production loss due to heat depends on environmental conditions, as assessed by the temperature/humidity index (THI),” explained study senior author Professor Paolo Ajmone-Marsan, a professor of Animal Breeding at the Catholic University. “Several studies revealed worrying estimates of the order of millions of euros in direct costs (loss of production) and indirect costs (cost of veterinary interventions, fodder, etc.).”

Recent research estimates that the loss of global production from heat stress could reach $40 billion a year by the end of the century, equivalent to ten percent of the 2005 value of meat and milk. “Heat stress is deleterious to all animal species, particularly for ruminants and high-producing dairy cattle, as well as our breeds,” said study co-author Riccardo Negrini, an expert in Animal Science at the same university. “Unfortunately, climate projections indicate that summer weather in our country will be increasingly dry and hot. That will increase stress in animals, despite shading, ventilation, sprinkling of water, and possible conditioning.”

However, according to Professor Ajmone-Marsan, genomics can now be efficiently employed to save livestock from the harmful effects of climate change. For instance, national breeding programs have changed the selection goals of livestock species, favoring animals which are more robust and resilient to environmental factors, and not just highly productive (as previous breeding efforts did).

Through genomics, several genetic variants which help animals to better adapt to hostile climates have already been identified. For example, in some local Caribbean cattle breeds, such as Senepol, Limoneiro, and Carora, a “slick” mutation that results in hair shortening and other physiological changes that make the animals highly resistant to heat stress has recently been discovered. This mutation has been introduced into the Friesian cattle breed in Florida, making them more resilient to climate change.

“Many ongoing research projects are looking for other favorable genetic variants associated with adaptation to the environment in other breeds and other species. We are actively involved in some of these projects,” said study co-author Licia Colli, a researcher in Zootechnics at the Catholic University. “Understanding the genetic and epigenetic mechanisms of climate adaptation is important for planning genetic and genomic improvement programs that increase the production efficiency of local breeds without compromising their adaptive traits.”

“Genomics is a powerful tool and it will facilitate the selection of animals more resilient to climate change, but it is only one of the factors that can ensure animal welfare in extreme climates; it’s crucial also to control farm structures, breeding management, and precision feeding. The good news is that animals in production are increasingly closely monitored by cameras, sensors, and intelligent data analysis systems, that alert farmers as soon as animals show the first signs of stress, allowing immediate implementation of mitigation measures,” concluded Emilio Trevisi, a professor of Animal Sciences, Food, and Nutrition at the same university.

The study – which comprehensively reviews several of current genomic projects aiming to increase farm animals’ resilience to climate change – was published in the journal MDPI Animals.