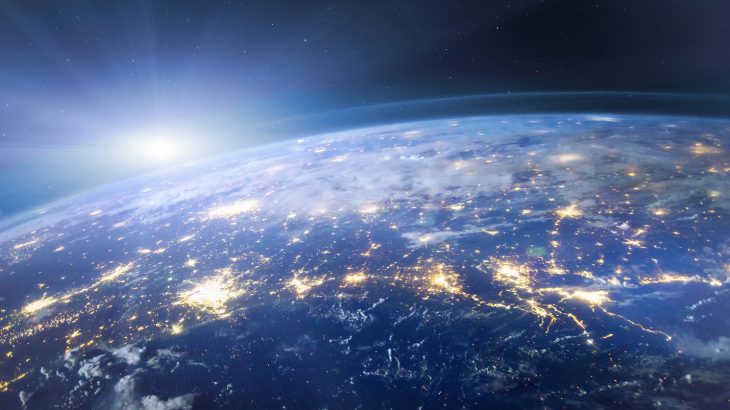 Is a geoengineering program to battle global warming really possible?

One of the more outside-the-box solutions for combating climate change involves injecting aerosols like sulfates into the atmosphere to block the sun’s rays and cancel the warming effect of atmospheric greenhouse gas concentrations.

Researchers have been toying with stratospheric aerosol injections but geoengineering is not without its controversies, as there are a number of risks and unknowns involved.

For example, some people question if the potential costs of a global solar geoengineering project will outweigh the results.

There are also concerns that a privately funded secret operation could inject aerosols into the atmosphere without being detected.

The researchers also say in their new study that any high-altitude aircraft would be easily detected and an SAI operation would be impossible to keep secret.

The study was published in the journal Environmental Research Letters where the researchers examined the potential costs and technology necessary for SAI.

After analyzing different methods for SAI, the team created a hypothetical solar geoengineering SAI plan that could start as soon as 2033.

“Solar geoengineering is often described as ‘fast, cheap, and imperfect,” said Gernot Wagner, a co-author of the study. “While we don’t make any judgement about the desirability of SAI, we do show that a hypothetical deployment program starting 15 years from now, while both highly uncertain and ambitious, would be technically possible strictly from an engineering perspective. It would also be remarkably inexpensive, at an average of around $2 to 2.5 billion per year over the first 15 years.”

The researchers used data from aerospace engineering companies to help calculate future costs of what they call SAI lofter (SAIL), and the results align with cost projections made in earlier studies.

However, the team found that these studies claimed existing aircraft could be used for SAI which is not true.

“I became intrigued by the engineering questions around SAI and the many studies that purport to show that modified existing planes could do the job,” said Wake Smith, a fellow co-author of the study. “Turns out that is not so. It would indeed take an entirely new plane design to do SAI under reasonable albeit entirely hypothetical parameters. No existing aircraft has the combination of altitude and payload capabilities required.”

For SAIl, the researchers say that it would require an entirely new kind of aircraft.

“We developed the specifications for SAIL with direct input from several aerospace and engine companies,” said Smith. “It’s equivalent in weight to a large narrow body passenger aircraft. But to sustain level flight at 20 kms, it needs roughly double the wing area of an equivalently sized airliner, and double the thrust, with four engines instead of two.”

According to the study, a fleet of eight SAIL planes could be built in the first year and complete 4,000 missions. Hypothetically, the number of planes could reach under 100 within 15 years of the program with a schedule of 60,000 missions per year.

The researchers discovered that a future project like this would not only be possible but also somewhat affordable.

“Given the potential benefits of halving average projected increases in radiative forcing from a particular date onward, these numbers invoke the ‘incredible economics’ of solar geoengineering,” said Wagner. “Dozens of countries could fund such a program, and the required technology is not particularly exotic.”