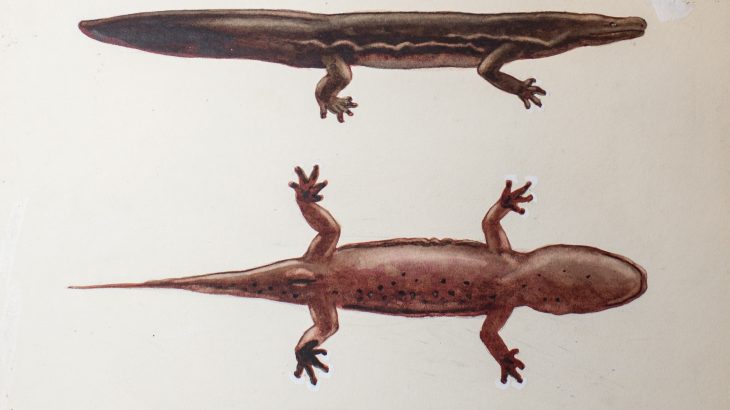 Two new species of giant salamander have been identified thanks to a recent analysis of early 20th-century museum specimens. One of the newly described species could hold the record as the world’s largest amphibian.

However, researchers from the Zoological Society of London and London’s Natural History Museum have discovered DNA evidence showing that this isn’t the case.

The researchers analyzed tissue samples from both wild salamanders and museum specimens.

The results of the DNA analysis revealed three genetic lineages in salamanders represented by separate species, Andrias davidianus, Andrias sligoi, and one species that has yet to be formally described.

Chinese giant salamanders are the biggest amphibians in the world, but Andrias sligoi may be the largest of them all, reaching almost six feet in length.

“Our analysis reveals that Chinese giant salamander species diverged between 3.1 and 2.4 million years ago,” said Professor Samuel Turvey, the lead author of the study. “These dates correspond to a period of mountain formation in China as the Tibetan Plateau rose rapidly, which could have isolated giant salamander populations and led to the evolution of distinct species in different landscapes.”

Salamanders are critically endangered, but the addition of two new species can help inform conservation policies and management, the researchers say.

“Conservation plans must now be updated to recognise the existence of multiple giant salamander species, and movement of these animals should be prohibited to reduce the risk of disease transfer, competition, and genetic hybridisation.” said Turvey.

The new species were detailed in a study published in the journal Ecology and Evolution.