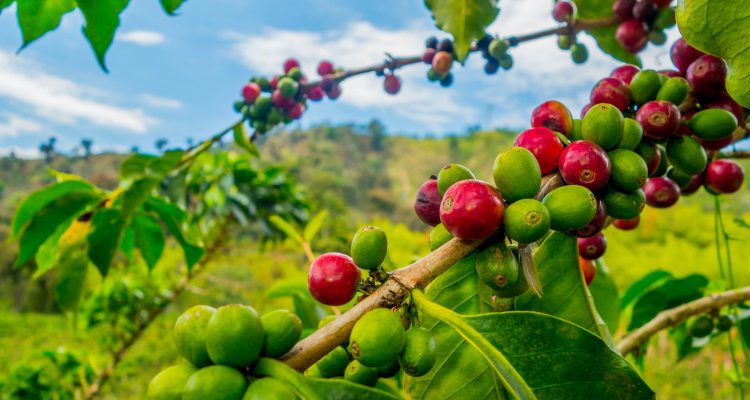 Byadmin
Earth.com staff writer
World demand for coffee continues to set new records every year. Americans alone drink over 500 million cups of coffee a day.
Where does all of that coffee come from? Brazil is the world’s largest producer and exporter of coffee. But environmental changes could harm Brazil’s coffee plants.

Coffee plants are incredibly sensitive to temperature changes. Increasing temperatures world-wide could make it difficult to grow coffee in Brazil. Farmers have tried to lower the temperature for coffee plants by intercropping them with shade trees. But so far, they haven’t been very successful. The trees provided too much shade and competed with the coffee plants for nutrients. The farmers lost money because they didn’t produce as much coffee.

Researchers needed to find the right type of shade tree to make intercropping work. So the intercropping matchmakers stepped in. Rogério P. Soratto and Marcos J. Perdoná work respectively for the Department of Crop Science at São Paulo State University and São Paulo Agency of Agribusiness Technology, Brazil. Their goal was to determine the best shade tree to intercrop with coffee plants.

“We realized that the Arabica coffee intercropped with macadamia trees is a ‘perfect marriage.’ This partnership benefits the coffee plants and improves environmental conditions. It also provides a considerable source of income to coffee producers,” explained Perdoná.

Soratto and Perdoná planted Arabica coffee plants with six different types of macadamia trees. They also planted one coffee crop with no trees. Over eight years, the researchers collected information. They measured how tall the plants and trees grew and how large the macadamia tree canopies were. They also kept track of how much coffee and macadamia each experimental plot produced.

“We had to adapt and create new managements specific to the intercropping conditions to grow coffee,” said Soratto. “The goal was to enhance cooperation between the species and reduce the competition between them.” Once the two crops were cooperating, the researchers discovered the union could help Brazilian farmers economically grow coffee.

Currently, 90% of Brazilian coffee farms grow coffee as a monocrop. But based on this study, more farmers may decide to intercrop with macadamia trees. “We found that farmers could use several varieties of macadamia in the intercropping system. But macadamia cultivar HAES 816 is the most suitable for intercropping with Arabica coffee. This variety of macadamia tree provides the best economic result. The economic benefit of this combination is 178% higher than the monocropped coffee,” said Perdoná.

HAES 816 is nearly a match made in heaven for intercropping with coffee. It’s a Hawaiian macadamia and has a smaller canopy than other types of macadamia trees. The smaller canopy means it competes less with the coffee plants while still providing shade. The farmers don’t have to prune the trees as often, and they can still use their machines to manage the crops.

But the perks don’t stop there. Intercropping also improves soil fertility. This means farmers can produce more crops with less fertilizers and pesticides. Plus shaded coffee plantations can reduce water pollution and help decrease the greenhouse effect. With a marriage this good, Brazil, which is the world’s largest producer and exporter of coffee, may also become the largest producer of macadamia.