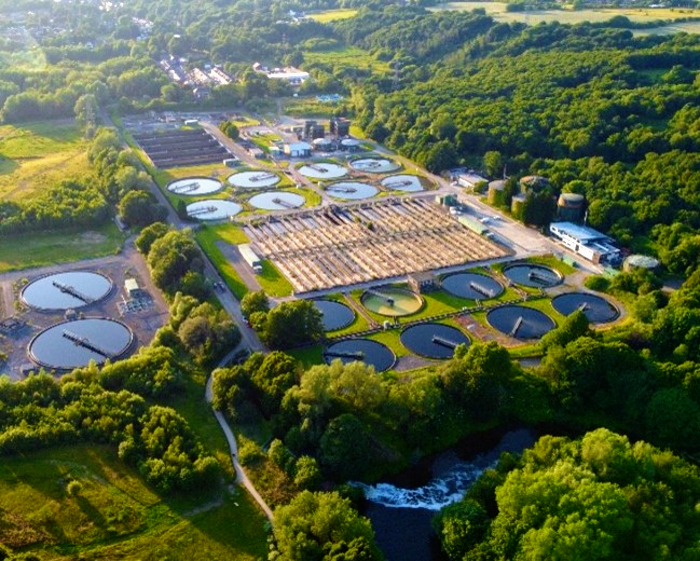 While water availability is acknowledged as a significant and present problem that threatens the livelihoods and health of people in many regions, the same is not true for water quality. The World Bank has branded water pollution an “invisible crisis” and stressed that because water quality is often difficult to detect and imperceptible to the human eye, it is being under-monitored all over the world.

With increasing human population, economic and agricultural development and climate change, water quality is increasingly coming under pressure. Yet, clean water is vital for our societal needs – such as public health, energy generation and crop production – and for protecting ecosystem health. The United Nations Sustainable Development Goal (SDG) 6.3 recognizes the role of inadequately managed wastewater in this crisis and requires countries to halve the amount of untreated wastewater being discharged into the environment by 2030.

The authors of a new study, published in the journal Nature Communications Earth & Environment, have now developed a comprehensive new water quality model to map hotspots of water problems, as well as to help understand what the consequences of attaining SDG 6.3 would be in terms of water quality around the world. In this high-resolution model they consider current and future surface water quality in terms of its salinity, its levels of organic pollution and its pathogen load, as indicated by fecal coliform abundance.

“We hope our model will help to fill in the gaps in water quality knowledge, particularly in world regions where we lack observations,” said study lead author Edward Jones from the Department of Physical Geography, Utrecht University, Netherlands.

In addition to identifying hotspots of water quality issues, the model can help with attributing the source of pollution to particular sectors. “For instance, large-scale irrigation systems for agriculture drive salinity issues in Northern India, while industrial processes are more responsible in eastern China. Conversely, the domestic and livestock sectors drive organic and pathogen pollution worldwide,” said Jones.

The model predicted that, while achieving SDG 6.3 would reduce water pollution to some extent, it would be insufficient to improve ambient water quality to below key concentration thresholds in several world regions. This would be particularly true in regions of the developing world where reductions in pollutant loadings are locally effective but transmission of pollution from upstream areas still leads to water quality issues downstream.

“Our simulations show that, for a large part of the year, water quality in several regions would still exceed critical thresholds for human uses and ecosystem health. This is especially the case for developing countries, particularly in sub-Saharan Africa and South Asia,” explained Jones. These findings highlight that, while the SDG target would lead to improved water quality, it will not necessarily be enough and will not achieve the overarching goal of clean water for all.

Poor quality water can affect humans in many different ways, state the authors. Organic and pathogen pollution causes risks to human health, increased salinity levels threaten agricultural productivity, and increased water temperatures can disrupt thermoelectric power plants that depend on surface water resources for cooling. In addition, all these pollutants can adversely affect the aquatic environment and threaten ecosystems.

“Even achieving the current SDG target will pose serious economic challenges, as expansion of wastewater treatment can be an expensive process,” warned Jones. “Yet the cost disadvantages of inadequate water quality for sectoral uses must also be considered. Ultimately, however, we also need to reduce our pollutant emissions and develop new approaches towards wastewater management.”

“As such, with this paper we hope to underline the water quality problems we’re facing and firmly place these issues back on the political agenda.”