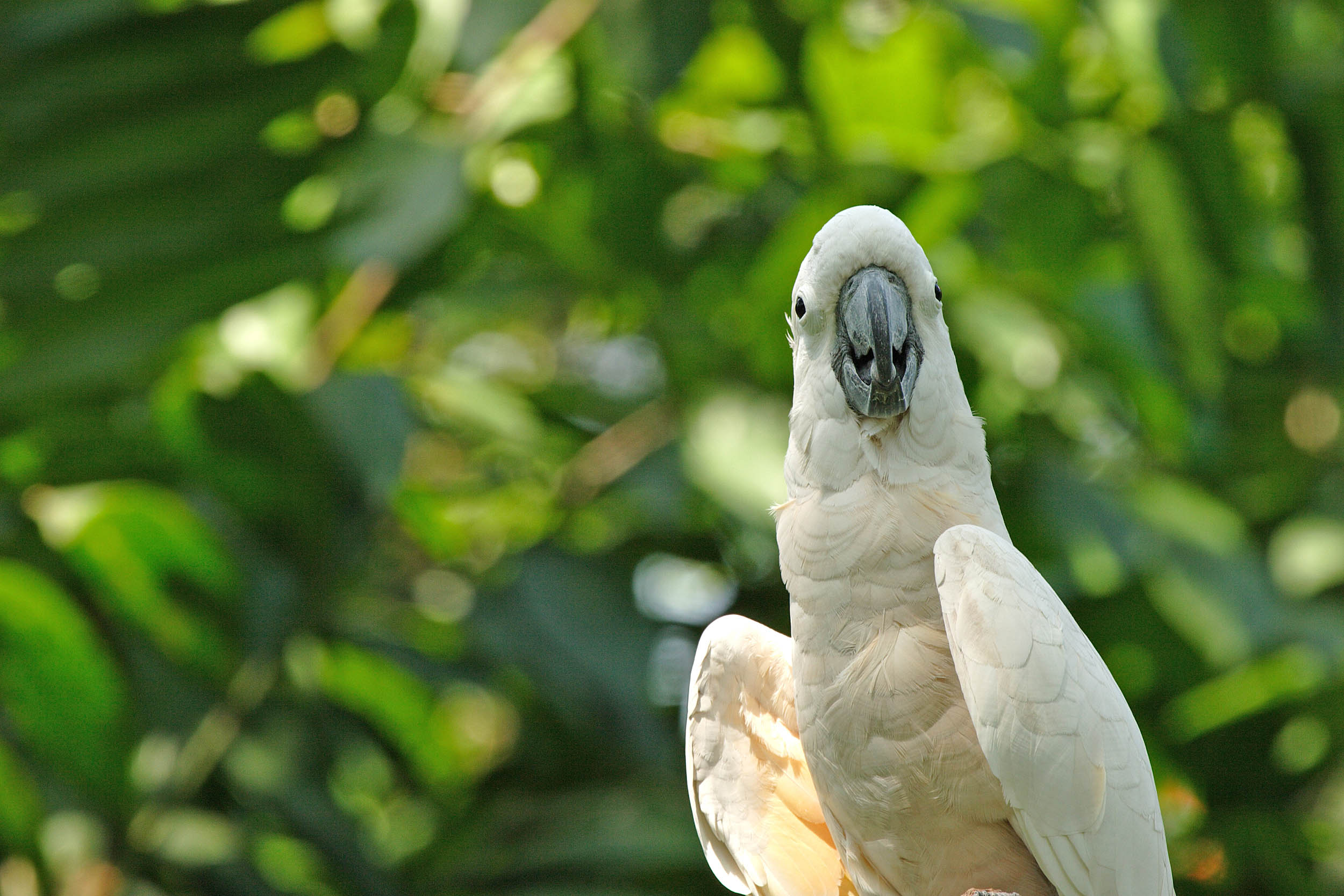 Add cockatoos to the growing list of  species capable of making tools.

Researchers from the University of Veterinary Medicine in Vienna and the University of Oxford have shown that Goffin’s cockatoos can make and use elongated tools of appropriate shape and length out of different materials, suggesting that the birds can anticipate how the tools will be used.

Tool manufacture was once regarded as a defining feature of mankind, but it is now known that a variety of animal species use and make their own tools. In nature, some of the most striking cases of tool-related behavior are seen not just among close relatives of Homo sapiens, such as chimps and other primates, but among birds including crows, vultures and Galapagos finches.

In all cases, what makes this possible is possessing the right combination of heritable and acquired competencies, as well as being capable of a degree of individual creativity. Goffin’s cockatoos is a particularly interesting example for scientists to study, as it has unlikely to have a repertoire of inherited tool-related skills and relies more on innovation and problem-solving.

Goffin’s cockatoos, which is native to Indonesia, is neither known to use tools in the wild nor to have evolved related abilities for manipulating twigs for other purposes such as nest building. One bird, called Figaro, previously displayed the ability to spontaneously (ie without training) make tools by biting long splinters out of the wooden beams of its cage, which he then used to rake pieces of food that were otherwise out of reach. Three others have since followed, showing that making such tools is within the capacity of the species.

While impressive, these feats do not prove sensitivity to the need for the tools to be of a particular shape: because wood is fibrous, biting and pulling actions naturally split it into the long, narrow pieces necessary to succeed. If individuals are capable of anticipating the requirements of each tool, they should be able to produce functional instruments by displaying different actions and using different materials.

To test if the birds were in fact aiming to make elongated tools that could bridge a particular distance, the researchers gave them the problem of reaching a piece of food placed a few centimeters beyond a circular hole in the transparent wall of a box. They were given four different materials that required different manipulations to produce suitable tools: larch wood (already familiar to them), leafy beech twigs (which had to be trimmed to be functional), cardboard (which, lacking a fibrous structure, could be cut into any shape and length), and totally amorphous beeswax.

Dr Alice Auersperg, who heads the Goffin Laboratory in the Messerli Research Institute at the University of Veterinary Medicine, Vienna, said: ‘While none of the birds succeeded in making tools out of beeswax, we found that at least some of them could make suitable tools from the three remaining materials.’

The successful parrots made well-shaped tools, even though each material required different manipulation techniques. To make tools out of larch wood, they bit the material once or twice and tore off the resulting splinter. To use the leafy twigs, they snapped off redundant leaves and side branches until what was left was usable. Finally, to make cardboard tools they simply cut what was necessary from the edge of the sheet provided.

Dr Auersperg added: ‘To us, the tools made from cardboard were the most interesting ones, as this material was not pre-structured and required the birds to shape their tools more actively. They succeeded by placing a large number of parallel bite marks along the edge of the material like a hole punch, using their curved upper beak to cut the elongated piece out of the cardboard block after reaching a certain length. Interestingly, this length was usually just above or very close to the minimum length required to reach the food reward placed behind the barrier.’

Co-author Professor Alex Kacelnik, from the University of Oxford’s Department of Zoology, said: ‘Ultimately, we want to understand how animals think – namely, to produce the equivalent of explicit computer programs capable of doing what the birds do. We really don’t know if the birds can picture in their minds an object that doesn’t yet exist and follow this image as a template to build something new, or how their brains elicit the appropriate set of movements to organize their response to novel problems, but this is what we are trying to find out.

‘Studying tool-making in species like Goffin’s cockatoos, which does not make tools naturally, is especially revealing, as these birds cannot do it by following pre-programmed instructions evolved to solve this specific problem. These cockatoos, like other parrots, offer wonderful research opportunities: their intelligence is flexible and powerful, they can solve physical and logical problems, they can learn from watching the behavior of others, they can learn about the surrounding objects by playing – and now it seems plausible that they can imagine which object would allow them to solve a new problem and go on to build it. I am sure that they will keep surprising us.’