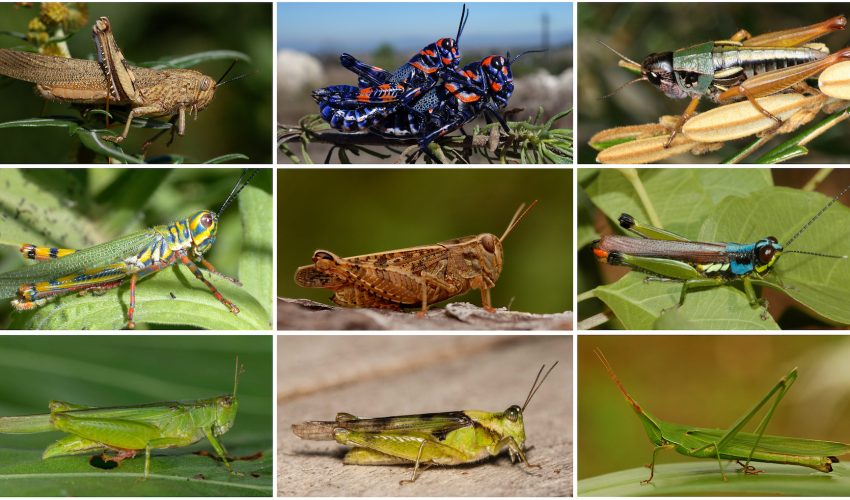 An expansive ten-year study on grasshoppers has filled in some huge gaps in the insect’s family tree, evolutionary history, and genetic relationships.

Grasshoppers are some of the most abundant groups of insects on Earth and can be found all over the world in varying environments. Most grasshoppers belong to the family Acrididae which is thought to contain some 6,700 species with several subfamilies.

Because of the rich biodiversity of grasshoppers, taxonomists have been faced with many challenges in properly classifying individual species and tracing genetic relationships back to the insects’ evolutionary roots.

Researchers from Texas A&M University and the Museo de La Plata in Argentina examined 142 grasshopper species from 22 countries and extracted DNA samples to better understand how grasshoppers around the world are related.

The results, published in the journal Insect Systematics and Diversity, show that contrary to previous theories, the birthplace of Acrididae was South America and not Africa.

For their research, the team compared the grasshoppers’ nucleotide sequences.

After analyzing and comparing the DNA sequences, the researchers were able to better categorize grasshopper phylogeny and the results shed insight on the complex intricacies of grasshopper evolution.

Acrididae did descend from one common ancestor, but pinpointing this ancestor is impossible because many of the Acrididae subfamilies are “paraphyletic”, meaning their ancestry can’t be traced to a single origin.

Grasshopper taxonomy is no easy feat, not only because of the sheer diversity of the species, but also because of their similar body forms. This has lead to mass “dumping grounds” where grasshoppers with similar shapes were clumped together despite not being of the same species or families.

The researchers are hopeful that their results will give taxonomists a better way to classify grasshoppers.

“There are some subfamilies, such as Catantopinae and Hemiacridinae, that have been considered taxonomic dumping ground for many decades,” Song said. “This means that a lot of unrelated groups have accumulated in these artificial groupings. Showing the paraphyletic nature of these groups is the first step to reclassify taxonomy, and we foresee that there would be some major shifts in grasshopper classification in the near future.”

Even though the study involved one of the most detailed genetic analysis ever conducted on Acrididae, the species included in the study represent just a small fraction of the entire family of species and the researchers hope to continue improving grasshopper taxonomy with future research.

“We plan to increase the taxon sampling in the future and use more phylogenetic markers to build a more comprehensive phylogeny,” said Song. “At the same time, we plan to reclassify major groups within the family so that the classification would reflect monophyletic groups.”