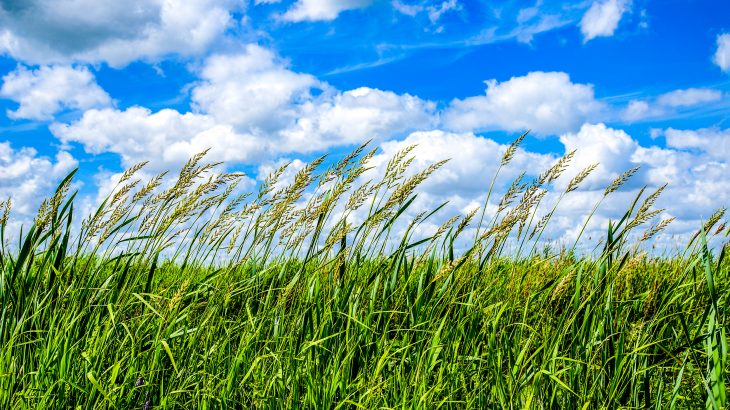 The restoration of degraded grasslands can mitigate the impacts of climate change, replenish soil organic carbon (SOC), and increase biodiversity, according to a new study from CABI. A team of Kenyan and Swiss scientists investigated how grasslands are affected by restoration, as well as by the invasive alien tree species Prosopis julifora in Baringo County, Kenya.

“Yet, soil organic carbon, which makes up about two thirds of global soil carbon, is sensitive to land degradation with significant negative consequences for soil quality and productivity and an exacerbation of greenhouse gas emissions.”

The researchers found that grassland deterioration in Baringo County has led to a 40-percent decrease in soil organic carbon, which supports the structure of soil and improves its water holding capacity. As the landscape loses SOC, it releases carbon dioxide into the atmosphere. This means that grassland degradation significantly contributes to climate change.

Grasslands make up 40 percent of the Earth’s natural vegetation and contain a substantial amount of the world’s soil organic carbon. They host a large variety of plants and animals, while supporting the livelihoods of over one billion people worldwide.

Despite their enormous value, grasslands are severely threatened by degradation, development, and invasive species like P. julifora – which has wiped out more than 30 percent of grasslands in Baringo County.

“Halting and reversing land degradation and restoring degraded soils and their associated services in rangelands is essential for climate change mitigation and for ensuring resilient agro-ecological systems that underpin sustainable rural livelihoods and that meet medium to long-term sustainable development objectives such as the 2030 global sustainable development goals (SDGs) and Africa’s Agenda 2063,” said Professor Daniel Olago from the Institute for Climate Change and Adaptation. “The current choices on how to manage our soil resources will have wide-ranging consequences for human wellbeing for generations to come.”

“Our results provide evidence that the replenishment of the soil organic carbon stocks through restoration of degraded grasslands can be achieved within 20-30 years and does not lead to multiple trade-offs with fodder for livestock and other ecosystem services,” said Dr. Urs Schaffner of CABI’s Swiss Centre in Delémont.

“The extent to which grassland restoration will increase primary productivity and soil organic carbon, however, will depend on socio-economic factors including land tenure systems and enforcement of land use rights affecting the level and type of grazing management.”