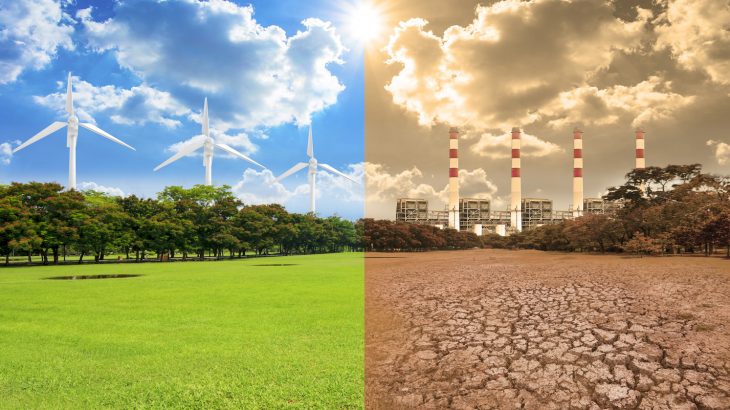 With the environmental threat of global warming more apparent than ever, turning to greener energy production is necessary to thwart rising temperatures. However, many are concerned about the loss of jobs at coal-fired power plants if and when governments decide to go green.

A new study proves that turning to bioenergy coupled with carbon capture and storage (BECCS) while phasing out coal plants would not only retain the 40,000 jobs within the coal industry, but this shift would add 22,000 jobs within the forestry and transportation sectors within the next thirty years.

The research was published in the journal Joule.

BECCS is a technology with an aim to reduce the release of greenhouse gasses. The system combines carbon capture and storage — the process of collecting carbon dioxide (CO2) from emission sources like power plants and injecting it into “underground geologic formations” — and the increased use of biomass, such as plant-based matter, as fuel. BECCS solves the problem of the massive volume of CO2 currently in the atmosphere, too much to be absorbed by trees, soil, and other natural “sinks.” And it’s a long-term solution. Experts predict that 99% of the CO2 stored underground will likely stay there for over 1,000 years.

The study’s first author Piera Patrizio, a research scholar in Ecosystems Services and Management at Laxenburg’s International Institute for Applied Systems Analysis, notes that BECCS is the “dominant technology” that could limit future global warming effects. But many are on the fence about transitioning over to BECCS due to the unknown consequences it may have on the environment and society.

However, Patrizio claims, “Our analysis shows that acting now and investing in this emission-mitigating strategy can be beneficial for employment in the U.S. coal sector.”

Their evidence comes from an investigation into the steps necessary to put the BECCS system into place, taking into consideration the cost of transporting and injecting the carbon dioxide underground and the process needed for the sustainable production of biomass. Researchers used several different methods to analyze existing data, although they note that each method can only produce a limited view on the future economy and societal impacts due to the unknowns of swapping out coal energy with renewables.

Researchers agree that mitigating global warming effects by employing BECCS technology is necessary and can be made more appealing to those on the fence if policy makers make citizens aware of the tens of thousands of job opportunities the BECCS system can provide.