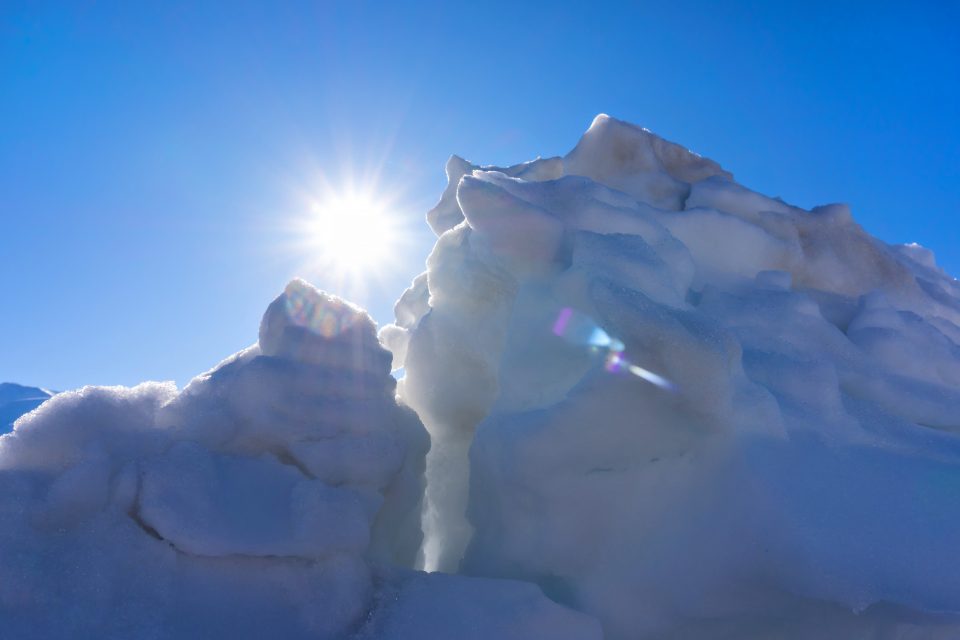 The ozone layer is important for protecting the Earth from dangerous ultraviolet (UV) radiation from the Sun. A new study looks at the impact of climate change on the ozone layer over the Arctic.

Counterintuitively, climate change seems to be increasing the frequency and severity of extreme low winter temperatures high in the atmosphere over the Arctic.

The study shows that the assumption that banning chlorofluorocarbons (CFCs) and halons in 2010 would end the destruction caused by these ozone depleting chemicals relatively quickly might be misguided.

Instead, it seems that the chemicals react to the extremely cold air temperatures, causing a rise in ozone depletion. The whole phenomenon is caused by polar vortexes, where warm air swirls with cold winter air, creating very cold atmospheric conditions.

A polar vortex doesn’t form every year and so this problem isn’t very predictable. Despite this, scientists know that CFCs will continue to be a problem for a very long time.

Although they were banned entirely in 2010, CFCs continue to linger in the atmosphere, the World Meteorological Organization predicts that atmospheric chlorine and bromine produced by humans will not fall below 50% of their highest levels before the end of the century.

To understand the meaning of this dire prediction, scientists produced climate models with CFCs continuing to linger, taking into account the impact of climate change.

All the models but one showed a continuing increase in cold polar atmospheric conditions, and so, an increased loss of ozone caused by CFCs. It’s not entirely understood by science how an overall increase in global temperatures causes colder atmospheric polar temperatures.

Part of the explanation is that warmer air is trapped at the earth’s surface, allowing colder atmospheric air. The researchers point out that this fate can be avoided if greenhouse gases are drastically reduced in the near future.

“We have been saying that a train is coming for a number of years now,” said Professor Ross Salawitch of the University of Maryland. “We’ve now seen the train whizzing by with record ozone loss in 2011 and now in 2020. So, this paper is really a wake-up call that something is happening in the atmosphere that’s really important for ozone, and it looks like greenhouse gases are driving it.”