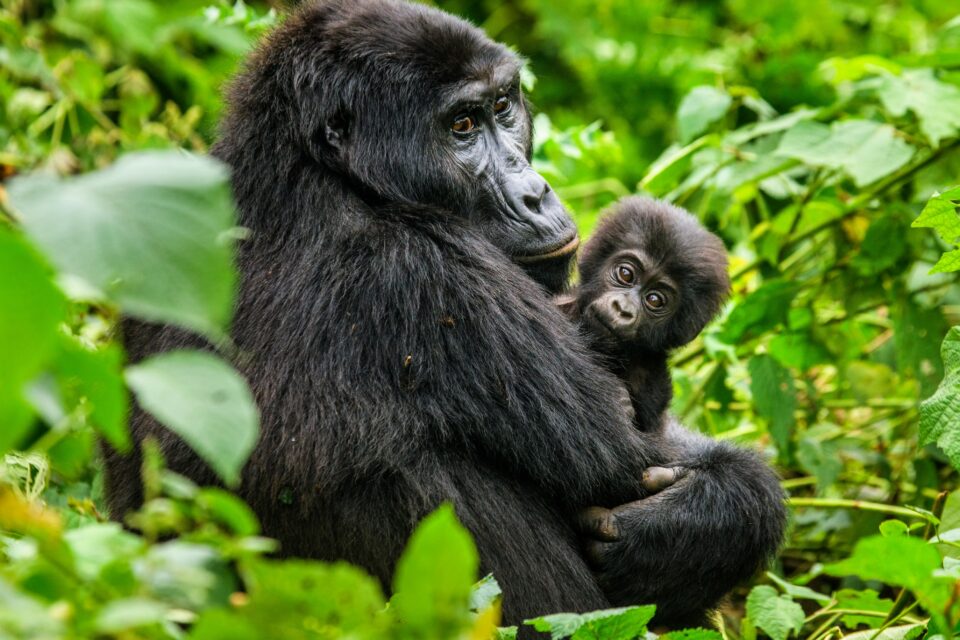 Although mountain gorillas were on the verge of extinction in the 1980s, long-term investments by the governments of Rwanda, Uganda, and the Democratic Republic of Congo – alongside conservation efforts of various organizations – have managed to reverse this trend. In fact, this subspecies is currently the only great ape whose numbers are increasing. However, with only about 1,000 individuals left, they remain a highly conservation-dependent subspecies.

Now, a team of researchers led by the Dian Fossey Gorrila Fund has examined over 50 years of demographic data to clarify the factors influencing variability in the growth rate of mountain gorilla population in order to devise better conservation measures.

In Rwanda, the mountain gorilla population began a slow recovery in the mid-1980s due to strengthened conservation practices, such as the establishment of anti-poaching patrols, daily monitoring, community engagement, and veterinary care.

“Historically, as a result of the poaching and habitat disturbance in the 1970s and early 1980s, the mountain gorilla group density was low in the area of the Volcanoes National Park where the Fossey Fund works,” said study co-author Felix Ndagijimana, the Rwanda program director for the Dian Fossey Gorilla Fund.

“Groups interacted infrequently, maybe every other month, and there was stability in group leadership. One of the groups we monitor grew to 65 individuals, which is six times larger than the average mountain gorilla group.”

Unfortunately, around 2007, this group stability began to change, as these large groups started to split from each other. As young males left to form their own groups, the group density nearly tripled in only two years, leading to more spatial overlap and group interactions (some of them violent or even lethal).

While earlier studies revealed that these increased interaction rates resulted in higher male and infant mortality, further analyses shown that changes in female reproduction patterns also played a significant role in the slowing of the population growth rate. As increases in intergroup encounters gave females more opportunities to move between groups, these moves were linked with delays in reproduction. While infant gorillas are usually born four years apart, females changing groups extended this interval by eight to eighteen months, thus contributing to the slowdown of population growth rate.

“Our study shows that female movement patterns and their reproductive consequences follow broader trends driven by social dynamics across the population. It adds to our growing understanding of how social dynamics can impact conservation, particularly when groups are living at a high density,” said study lead author Robin Morrison, a postdoctoral fellow at the Dian Fossey Gorilla Fund.

Although over the past several years, the groups have been able to spread out, suggesting that the period of group instability, high mortality, and slowed reproduction is coming to an end, these new findings highlight the challenges facing gorilla populations as they continue to grow within limited habitats.

“We often think of extrinsic conservation threats, such as climate change, poaching or habitat loss, but these data highlight some of the intrinsic challenges species may face as habitat shrinks. This is critical information that can help inform longer-term conservation strategies to ensure the continued growth of the population,” concluded senior author Tara Stoinski, the Fossey Fund’s president.

The study is published in the journal Animal Conservation.