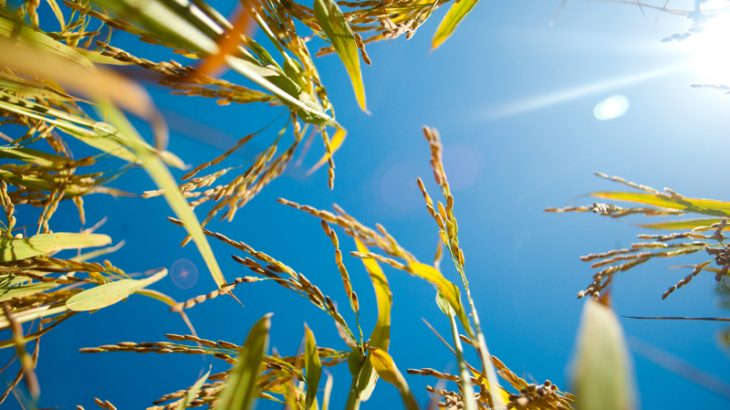 A new study has found that hot temperatures may trigger changes within a plant’s cells which could help researchers and farmers develop drought-resistant crops.

Researchers from Pennsylvania State University conducted a study using rice plants to understand how the cells of a plant respond to increases in temperature.

“Rice is a staple food for half the world’s population and is particularly important for subsistence agriculture in some parts of the world, so it’s a vital food crop,” said Sarah Assman, an author of the study. “With climate change — and with the goal that we need to increase food production to feed the world’s growing population — we are always trying to understand how plants are responding to climate stress, so, potentially, in the future, we could improve crop varieties, either through breeding or other mechanisms, to get better stress tolerance and better yields.”

The study was published in the journal Proceedings of the National Academy of Sciences, and the researchers focused on RNA which is a single strand of intricately folded ribonucleic acid.

One group of two-week-old rice seedlings were subjected to a temperature of 108 degrees Fahrenheit for ten minutes.

Over 14,000 different RNAs were examined for the study, and the researchers were looking for specific responses to heat stress within the RNAs.

“Because DNA has two strands, it’s really locked into very few different folds, but RNA, because it is not tied up with another strand, is able to fold back on itself, so there are much more complex folds in the RNA,” said Philip Bevilacqua, an author of the study. “We chose such a short time because the re-folding of the RNA is a fast process, whereas the downstream processes, such as protein production, are slower and we were particularly interested in how the RNA refolded.”

The seedlings exposed to the high temperatures had looser folds within its RNAs, and the researchers linked this unfolding to the declines in messenger RNAs.

The study provides a jumping off point for creating more heat resistant plants by looking at RNA and mRNAs.

“This exciting study reveals a new layer of gene regulation that was previously not appreciated,” said Zhao Su, the lead author of the paper.  “In particular, we showed that mRNAs encoding one specific type of regulatory proteins, transcription factors, are especially targeted for degradation by unfolding under high temperatures.”