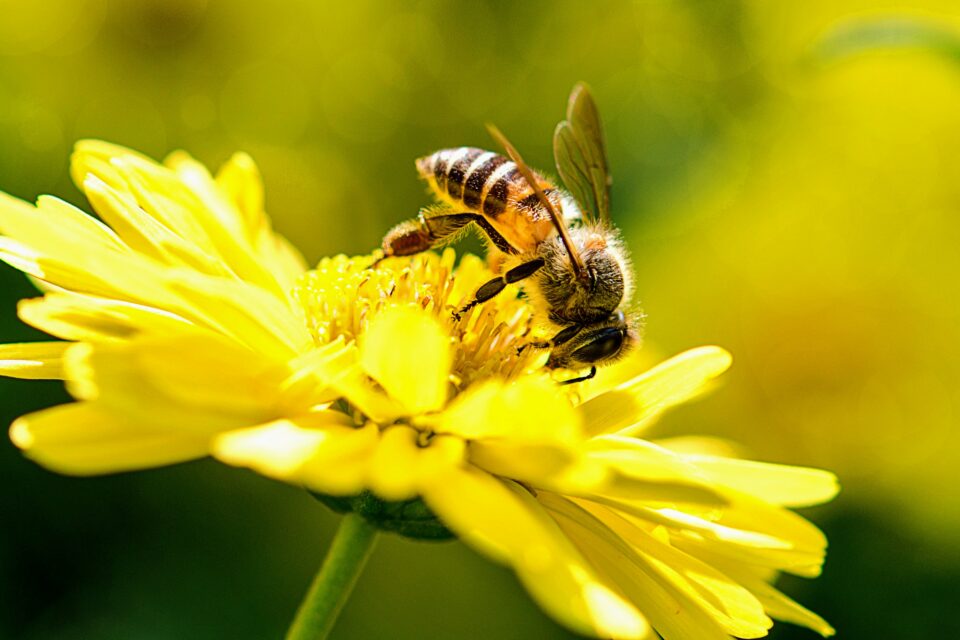 Bees are amazing creatures who deserve to exist in their own right. They are also a significant economic driver, providing a no-cost pollination service to the agriculture industry and allowing many of us the ability to have better access to food.

However, one of the primary causes of honey bee decline is larval nutritional stress caused by the very industry that depends on them.

“We’ve changed the way we use our land in the U.S. Now we have tons of monoculture crops like corn, which are wind pollinated and therefore no use to bees, covering acres and acres of land. Other crops that bees do pollinate are grown in monoculture as well, limiting the options for bees,” explained study lead author Irene Newton, a professor in the Department of Biology at Indiana University.

“If you limit yourself to only eating one thing, that’s not healthy for you. You have to have a broad diet that will help fulfill all of your nutritional needs. Bees are the same way.”

Royal jelly is a thick acetic substance, meaning most microbes die when exposed to it. Newton and her team discovered that Bombella apis is the only larva-associated bacterium that thrives in royal jelly. Moreover, it increases amino acids in royal jelly, making it more nutritious.

“We have identified a nutritional symbiont of honey bees – a microbe that can help bolster the bees against nutrient scarcity and stress,” said Newton. “When we limited bee nutrition during development, we saw a drop in mass for the bees; bees were much smaller than their control counterparts.”

“When B. apis was added to these same bees, although they had poor nutrition, they reached the same mass as control bees given full nutrition. The microbe was able to make up for the poor diet. This suggests that B. apis could be added to colonies as a probiotic to protect from nutritional stress.”

This means beekeepers can use B. apis as a supplement to help their hives flourish. The researchers, who have been studying B. apis-bee interaction for years, are excited to see what else this microbe has to offer.

The study is published in the International Society for Microbial Ecology Journal.