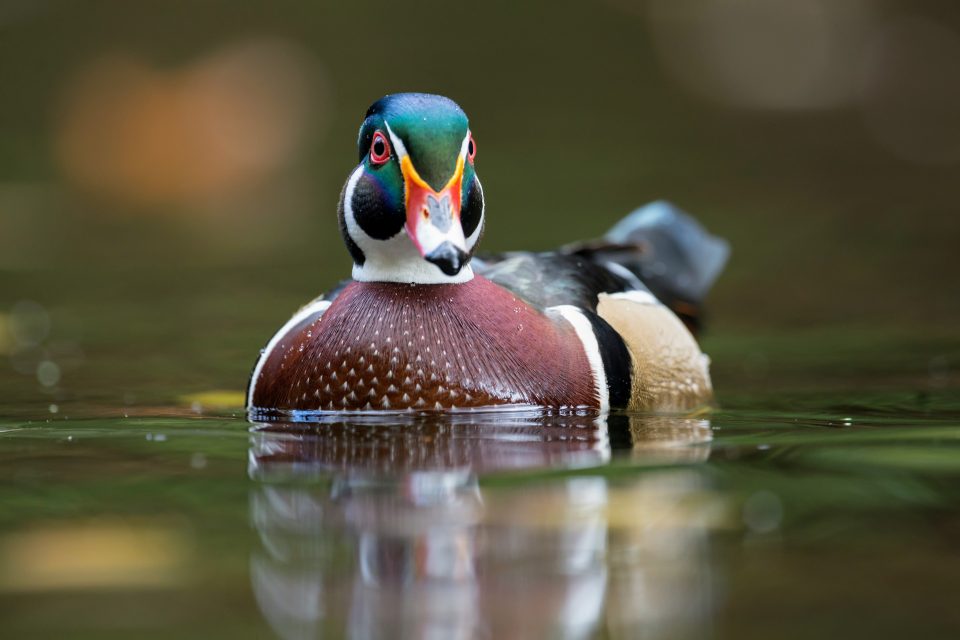 In a new study from Virginia Tech, researchers have discovered a method that ducks use to balance water pressure in their feathers while diving. The investigation is part of a decade of research in fluid mechanics by Professor Jonathan Boreyko.

“I got this idea when I was at Duke University,” said Professor Boreyko. “I had a really bad parking spot, but my walk took me right through the scenic Duke Gardens. I passed by ponds with lots of ducks, and I noticed that when a duck comes out of the water, they’d shake their feathers and water would fly off.”

“I realized that what they were doing was a de-wetting transition, releasing water that was partially inside of their feathers. That was the germ of the idea. In my research, purely by coincidence, I was studying the same kind of thing. I realized that these transitions work only if the water isn’t allowed to get all the way to the bottom of the porous feather structure.”

Professor Boreyko was intrigued with this delicate balance, and was curious about the mechanisms that allow ducks to hold water in their feathers without sinking. In collaboration with PhD student Farzad Ahmadi, Professor Boreyko attempted to force a single drop of water through a natural duck feather.

“It didn’t work,” said Ahmadi. “Then we had the idea to build a pressure chamber to force a pool of water through several layers of feathers.”

First, the researchers needed to ensure the water could only penetrate directly through the feathers, as opposed to simply leaking around their outer edges. They sealed each layer of feathers, leaving an area exposed in the same place on each surface.

Ultimately, the experts found that as the number of feather layers increases, the pressure required to push water through all the layers must also increase. This establishes a maximum pressure up to which feathers hold the water entering them, but do not allow the water to reach a duck’s skin.

“Our hypothesis was to use multiple layers of feathers so that the water only comes in part way, but there are air pockets under that,” explained Professor Boreyko. “As long as those air pockets are present, it prevents something called irreversible wetting. As long as the wetting is only partial, they can shake it out when they surface.”

Ahmadi discovered that various species of ducks tend to have the exact number of feather layers needed to avoid irreversible wetting during their dives. At least one layer of feathers remains dry after a dive, and this allows the duck to shake out the water when it emerges.

Professor Boreyko believes there is potential for applying layered synthetic feathers to the exterior of a boat to make the boat travel more easily through the water.

“If we think of a ship moving over the water as an engineered bird, right now it’s swimming naked,” said Professor Boreyko. “We wonder if clothing the ship in feathers could impart the same enhancements that waterfowl benefit from.”

The study is published in the journal ACS Applied Materials & Interfaces.