How much black carbon is left behind after a forest fire? • Earth.com 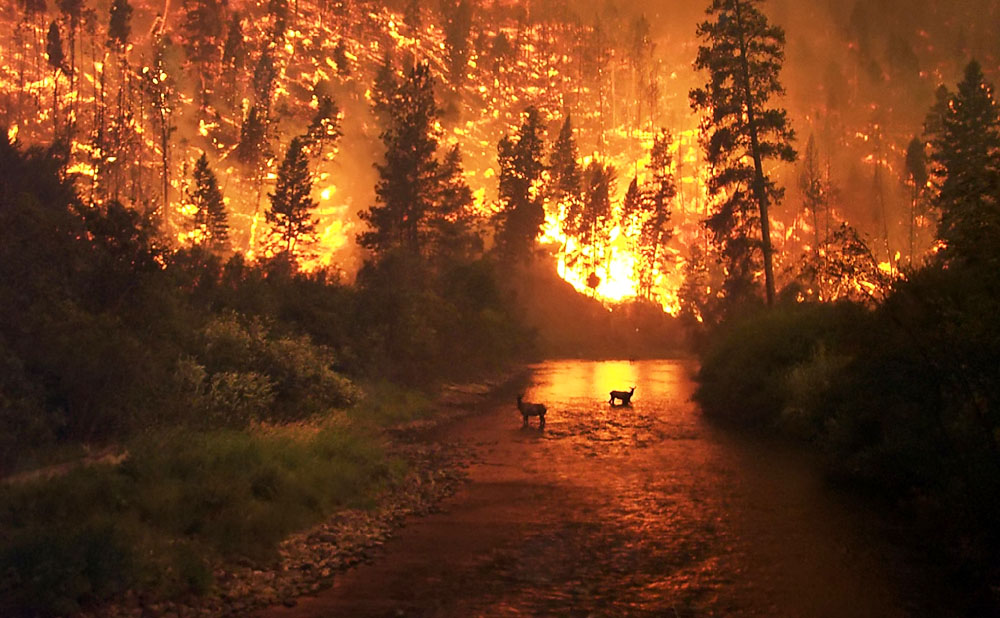 How much black carbon is left behind after a forest fire?

Byadmin
Earth.com staff writer
Forest fires hit the headlines all too regularly – in fact, fire affects about 4.64 million km2 of biomass per year, an area almost three times the size of Alaska. But after the fire something remains – stable carbon.

Pyrogenic organic carbon, sometimes called black carbon or PyC, is the dark, charcoal-like form of carbon that’s left on the soil when vegetation is burned. It is not much of a pollutant though – it plays a role in both climate and soil science, because of its ability to absorb sunlight and store nutrients needed for plant growth.

But despite its importance in maintaining our ecological balance, researchers have historically had very little knowledge of just how much PyC we have on Earth, or where it can be found.

Thanks to work from researchers at the University of Zurich (UZH) and their study published in Frontiers in Earth Science, that’s all about to change. They have developed the world’s first global PyC database, and they say that it, in time, it will help us to refine our understanding of the carbon cycle.

This undertaking, led by Dr. Samuel Abiven, involved the collection of more than 560 measurements of PyC across a range of published studies. This provided data on everything from the soil type to what’s called the ‘soil organic carbon’ – a key measure of the soil’s health. To determine why PyC might be found in each study region, the team also looked at the three main factors that could influence its presence in soil – (1) land use and the nature of fires, (2) climate conditions, such as temperature and humidity, and (3) the soil’s properties, e.g. its acidity. For these, Abiven and his team had to look to other valuable sources of data, including NASA satellite imagery products, which offered insights into land cover or the pattern and frequency of fires in each region.

Once assembled, the database could then be used to examine the presence of PyC across the globe, and the results were surprising. They found that, PyC is a major component in soil overall the world, representing 13% of the organic matter in average, which corresponds to more than half of the organic matter identified until now. In some regions, PyC represented up to 60% of the organic matter. As the authors have said themselves, these results paint “an unexpected new picture on PyC distribution in soils.”

A key finding was that the type of fire didn’t make a difference – fires could be large and intense, or ‘cool’ and small, the resulting amount of PyC found in the soil varied very little. Another result was the link between PyC content and land use – agricultural land came out on top, with the highest proportion of this useful form of carbon in its soil. Unsurprisingly, warm equatorial regions were found to be PyC-rich, whereas polar regions, with their much lower vegetation cover, were show low PyC concentrations. High pH, clay-rich soils seemed to retain their pyrogenic organic carbon better than any other soil type – the authors believe that this is because its special minerals can bind and stabilize PyC for an extended duration.

When asked what he believed to be the key finding of the study, Abiven said, “It is that PyC represents such a large amount of the soil organic matter – there is more of it than there are identifiable molecules that originate from plants. This makes it the most persistent compound in soil we know to date. In addition, the fact that soil properties matter more than fire patterns or climate reflects the importance of PyC to longer term dynamics.”

There are some limitations to this study – as yet, most of the data collected come from Europe, North America and Australia, leaving parts of the world unexplored. But with input from the wider scientific community, Abiven hopes to change that, “The database is available and open access to the scientific community and everybody is welcome to use and extend it!”