How our voice gives us a greater sense of control • Earth.com 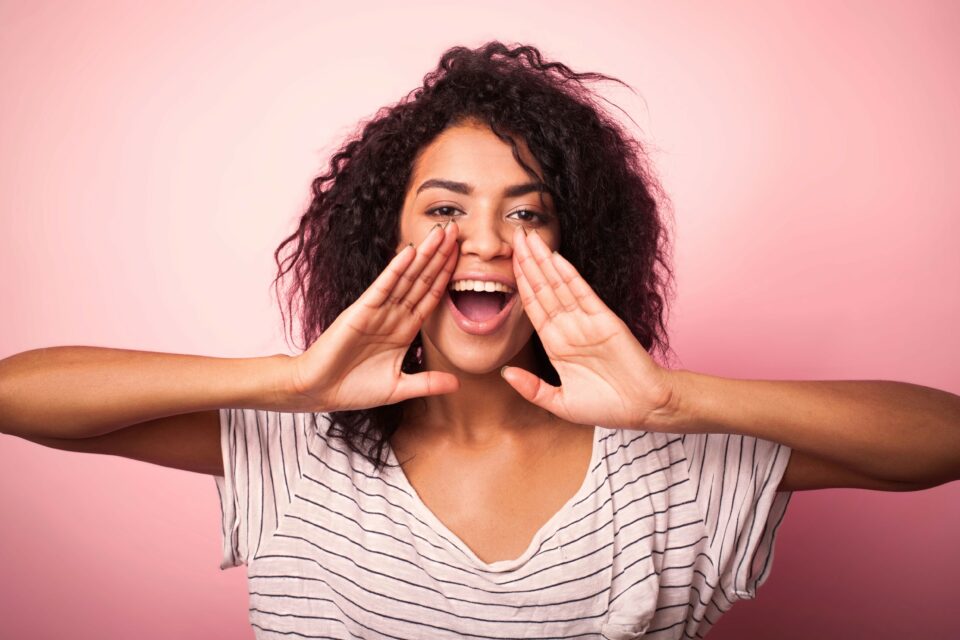 When we speak, we think we know how it sounds. In fact, our self-image is based, in part, on how we think we sound when we speak. Hearing our own voice speaking contributes to our sense of agency, or sense of control, over our actions. We feel that we initiate, execute and control our own speech and are in the driving seat when it comes to communicating in this way.

Some people, however, have a dysfunctional sense of agency over speech – they hear other people’s voices when they are not speaking, or when they are alone, and may find it difficult to identify their own voice when they do actually speak. These people are experiencing auditory hallucinations, a common symptom of schizophrenia, which is a mental illness characterized by distortions of reality that affect how a person thinks, feels and acts. Although some experiments have investigated people’s sense of agency over their own volitional movements and actions, sense of agency over speech has not been extensively studied.

A new study by researchers from the University of Tokyo now shows that being able to recognize our own voice is a critical factor for our sense of control over our speech. The researchers state that understanding the close connection between recognizing our own voice and feeling a sense of agency may help us to understand and support people with auditory hallucinations. The results of this study are published in the journal Psychological Science.

In this study, experts at the University of Tokyo recruited healthy volunteers in Japan to help them investigate the relationship between recognizing one’s own voice and feeling a sense of agency. They did this through two linked psychological experiments. The volunteers spoke simple sounds and then reacted to hearing a playback of their own voices under different conditions – normal, with a raised pitch, or with a lowered pitch, and after various time delays.

“This research investigated the significance of self-voice in the sense of agency, which previous studies have never sought out,” said study lead author Ryu Ohata. “Our results demonstrate that hearing one’s own voice is a critical factor to increased self-agency over speech. In other words, we do not strongly feel that ‘I’ am generating the speech if we hear someone else’s voice as an outcome of the speech. Our study provides empirical evidence of the tight link between the sense of agency and self-voice identity.”

In previous studies it was found that the longer a person waited to see the consequences of his or her actions – such as pushing a button and seeing something happen as a result – the less likely it was that the person felt he or she had caused the action. However, in this study, the team found that the volunteers’ sense of agency remained strong when they heard their normal voice played back, regardless of the time delay. The strength of the connection started to vary when the pitch of the voice was changed.

If people think they hear someone else’s voice when they speak, they do not feel that they caused the sound. Understanding this close connection between recognizing our own voice and feeling a sense of agency may help to understand and support people with auditory hallucinations who experience a disconnect in this link. It could also help to improve our experiences online, where the voice we hear when speaking might be different from usual.

“Recently, social interaction in the virtual environment is becoming more popular, especially after the COVID-19 pandemic broke out,” said Ohata. “If users embody avatars with a totally different appearance, it might be possible that these users cannot experience strong self-agency over speech if they hear a voice that doesn’t match their image of the character. This could result in a less comfortable experience for them and less effective communication online with others.”

According to Ohata, the team’s next step will be to look at how different social situations change people’s sense of agency. “One idea is to measure the strength of people’s sense of agency when they tell a lie. We expect that people might feel less agency in telling a lie than a truth, because they want to avoid the responsibility of this action,” said Ohata.