Turning off lights could save thousands of birds each year • Earth.com 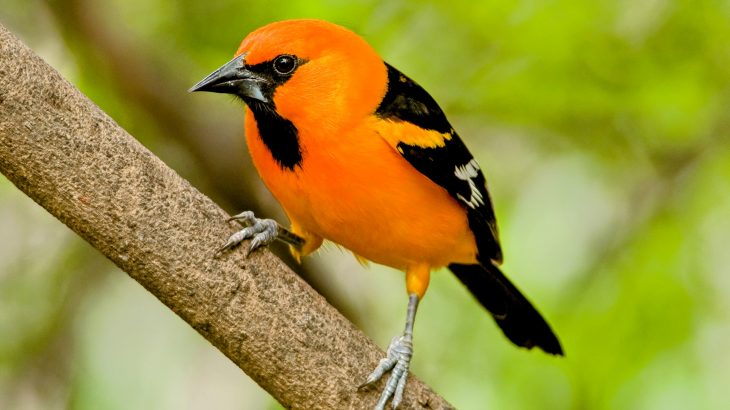 Turning off lights could save thousands of birds each year

Cutting off lights could help save migrating birds from crashing into buildings, according to a new study from the Field Museum. Decades of data collected at Chicago’s McCormick Place convention center revealed that on nights when half the windows were darkened, there were 11 times fewer bird collisions during spring migration and 6 times fewer collisions during fall migration.

The experts report that every night during the spring and fall migration seasons, thousands of birds are killed when they become disoriented by the light from illuminated windows.

“Our research provides the best evidence yet that migrating birds are attracted to building lights, often causing them to collide with windows and die,” said study lead author Benjamin Van Doren, a postdoctoral associate at the Cornell Lab of Ornithology and the paper’s lead author. “These insights were only possible thanks to over 40 years of work by David Willard at the Field Museum, who led collisions and light monitoring efforts.”

The research was initiated in 1978, after Willard heard a remark about birds hitting the McCormick Place, which is the largest convention center in North America.

“I went down early one morning, just out of curiosity, and wandered around and actually found four or five dead birds,” said Willard. “I might not have gone back if I hadn’t found anything that first day, and now here we are, 40 years later and 40,000 birds later.”

Willard and his team, including study co-author Mary Hennen and other Field scientists and volunteers, have visited the site every day before sunrise during migration season. On a single trip, they have found as many as 200 birds.

Around 20 years ago, Willard noticed that on nights when the lights were out at McCormick Place – during holidays or construction work – there were fewer birds on the ground the next morning. He began documenting which windows were illuminated each night.

“We developed a statistical model based on the number of windows illuminated at McCormick Place, weather conditions, migratory passage, and time of season. This allowed us to isolate the relationship between window lighting and collisions while accounting for these other factors,” said Van Doren. “By joining these different sources of data, we were able to understand how lights, weather, and migration each contribute to collision mortality.”

While the total number of birds in the sky and the direction of the wind both play a role in mortality on any given night, light was found to be the strongest predictor.

“The sheer strength of the link between lighting and collisions was surprising,” said Van Doren. “It speaks to the exciting potential to save birds simply by reducing light pollution.”

The researchers calculated that by turning out half the lights during migration seasons, bird mortality at McCormick Place could be reduced by 59 percent.

“Buildings all across North America, all across the world, are killing birds, and those add up,” said study co-author Doug Stotz. “What we’ve learned in the past 20 years about lights being on has caused the city of Chicago to create its Lights Out program, which requires buildings’ external lights to be turned off during peak migration. I hope this paper will show why it’s important to turn off internal lighting as well, especially in Chicago, which is the country’s deadliest city for migrating birds.”

“Our study contains a hopeful message: we can save birds simply by turning off lights during a handful of high-risk days each spring and fall,” said Van Doren. “By adapting our existing public migration forecasts to identify nights with high collision risk, we will be able to issue targeted lights-out advisories several days in advance.”