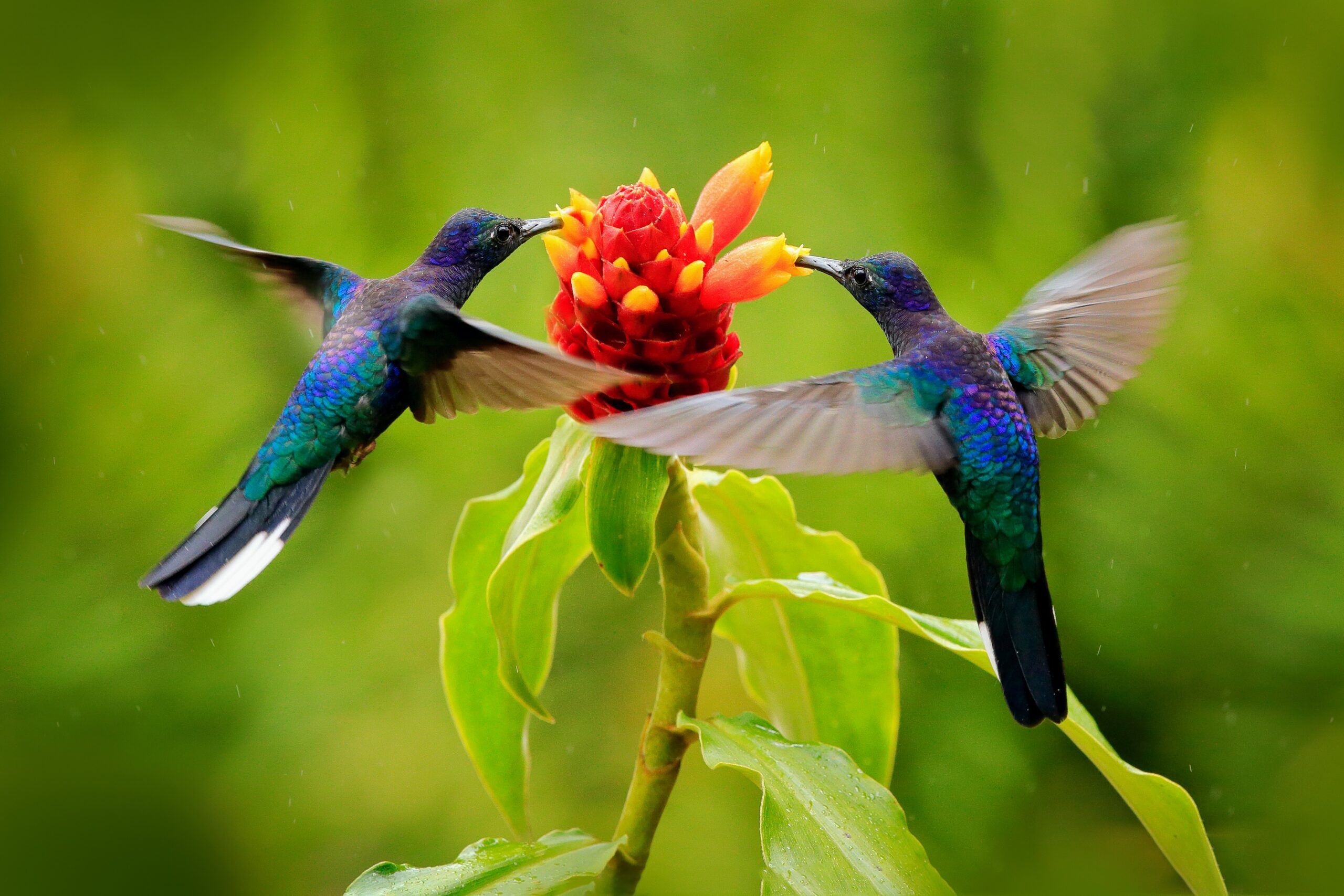 A new study led by Cornell University has found that, at night, hummingbirds drastically lower their body temperature and metabolism, entering into an energy-saving state of inactivity called torpor. According to the researchers, hummingbirds can switch between different levels of torpor – shallow, deep, plus several transitional stages as well as normal sleep.

By using infra-red thermal imaging to track the body temperature of three hummingbird species from Arizona (the Blue-throated Mountain-gem, the Black-chinned Hummingbird, and Rivoli’s Hummingbird), the scientists discovered that the differences in heat generation at various stages of torpor were substantial.

“There have been a few hints that this ability to fine-tune thermoregulation was possible,” said study lead author Anusha Shankar, Postdoctoral Fellow at the Cornell Lab of Ornithology. “But the studies were done under laboratory conditions, not the conditions a bird would encounter in the wild. It was really exciting to see that hummingbird torpor could be variable and flexible.”

Dr. Shankar and her colleagues also found that, while the smallest hummingbirds entered deep torpor each night, larger ones did this more rarely, and relied mostly on shallow torpor. According to the researchers, shallow torpor may have evolved to balance energy-saving with the steep costs of deep torpor – including immune suppression, and thus increased vulnerability to disease, as well as risk of predation or sleep deprivation.

Further research is needed to clarify what is taking place in the birds’ brains during torpor, how levels of body fat can trigger torpor, and how the birds can generate the heat to warm up again.

“At least 42 bird species use torpor. But only hummingbirds, nightjars, and one species of mousebird go into deep torpor. Studying the range of torpor could help us understand the evolution of thermoregulation in birds,” concluded Dr. Shankar.