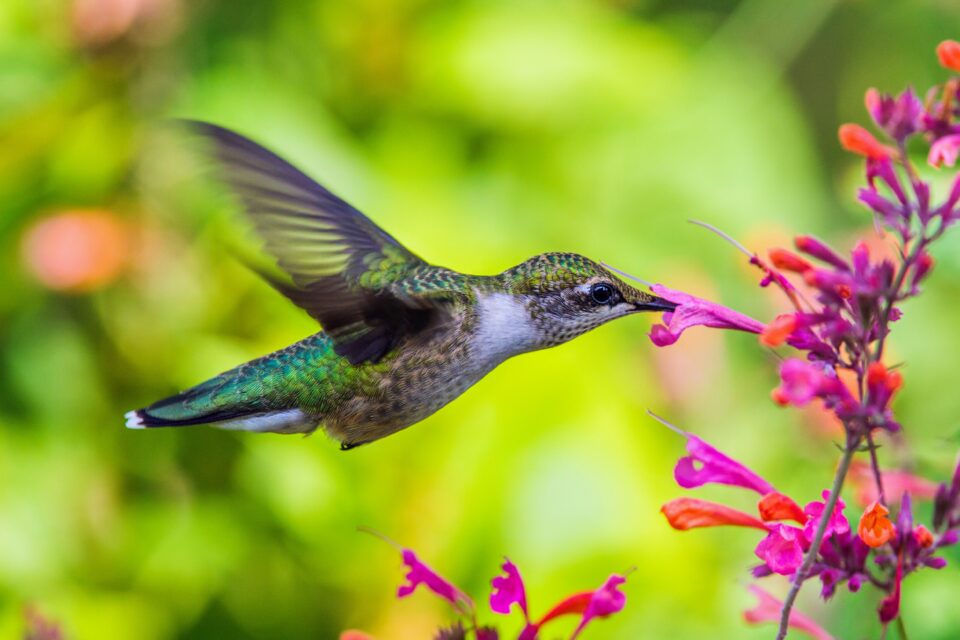 New research from University of California, Riverside (UCR) has found that, contrary to what scientists previously thought, hummingbirds have an active sense of smell which helps them make foraging decisions and avoid dangerous insects.

Researchers have long been familiar with vultures’ strong sense of smell caused by their huge olfactory bulbs. However, until recently, no one knew that the tiny hummingbirds had the ability to smell things too.

In a study published in the journal Behavioral Ecology and Sociobiology, a research team from UCR found that, regardless of the small size of their olfactory bulbs, hummingbirds are in fact highly sensitive to smells, an ability which keeps them safe while searching for food.

“This is pretty exciting, as it is the first clear demonstration of hummingbirds using their sense of smell alone to make foraging decisions and avoid contact with potentially dangerous insects at a flower or feeder,” explained study co-author Erin Wilson Rankin, an associate professor of entomology at UCR.

In order to prove this, Professor Rankin and her team allowed over 100 hummingbirds to choose between two visually-identical feeders, one containing only sugar water, and the other sugar water plus one of several chemicals signaling the presence of an insects. These chemicals included the scent deposited on flowers by European honeybees, a chemical pheromone secreted by Argentine ants, and formic acid, a dangerous substance produced by some Formica ants that is harmful for both birds and mammals.

The hummingbirds avoided the ant-produced chemicals, particularly the formic acid, which was a very wise decision, according to Professor Rankin. “If a bird has any exposed skin on their legs, formic acid can hurt, and if they get it in their eyes, it isn’t pleasant. It’s also extremely volatile.”

To make sure that the hummingbirds were in fact capable of identifying dangerous chemicals and not just afraid of new smells, the researchers conducted an additional test with ethyl butyrate, an inoffensive food additive. Although its smell is not common in nature, the hummingbirds did not avoid it.

These findings prove the importance that the sense of smell plays in hummingbirds’ foraging decisions and can provide new directions of research in the field of trophic interaction, or as Professor Rankin calls it, the science of “who eats who” in nature.

“Hummingbirds and insects might be competing for floral resources,” said Professor Rankin. “Their foraging decisions help us understand how the ecosystem functions, and any actions that ultimately might be needed for conservation.”