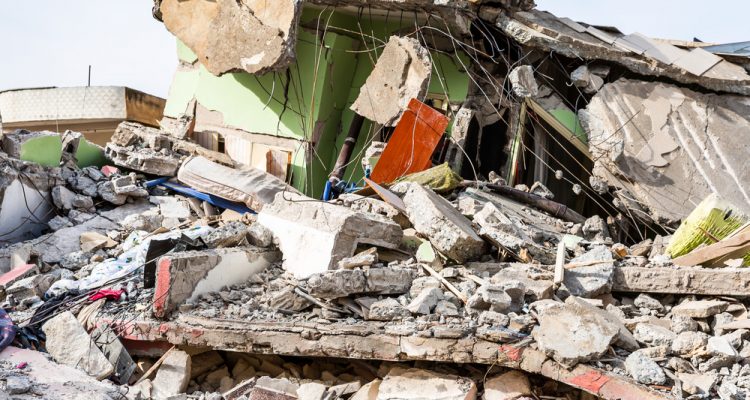 A massive earthquake struck the Solomon Islands on Friday, leaving hundreds homeless and triggering small tsunamis throughout the country and other nearby Pacific islands.

No deaths have been reported, according to the aid organization World Vision. However, hundreds of Solomon Islanders reported their homes were badly damaged or completely destroyed in the 7.7-magnitude earthquake.

Communication has not been restored with some of the more remote communities, so a full assessment of the damage has not yet been made, World Vision officials said.

As many as 3,000 people may have been affected, said Suzy Sainovski, the organization’s Pacific Timor-Leste spokeswoman. Many of the damaged homes were traditional stilt homes, she added.

On the island of Makira, closest to the quake’s epicenter, a hospital was damaged and 20 patients were evacuated, Sainovski said. A church and other buildings were damaged, including the World Vision office.

A World Vision employee who witnessed the earthquake called it terrifying, in a statement the organization released to the press. People panicked and fled toward high ground, the employee said.

Aftershocks and power outages continued through Friday. Though there were some small tsunami waves in the Solomon Islands and nearby, no larger waves materialized and a tsunami warning throughout the Pacific islands – including Hawaii – was canceled.

The epicenter of the earthquake was deep, about 30 miles below the surface, according to the U.S. Geological Survey. Deeper earthquakes tend to cause less damage, the USGS said.

The Solomon Islands, located on the Pacific “Ring of Fire,” are a common site for large quakes. In 2013, an 8.0-magnitude earthquake struck the Solomon Islands, triggering a 4.9-foot tsunami and killing 9 people. Four villages were completely destroyed.