Hurricane Matthew slams Haiti en route to the US • Earth.com 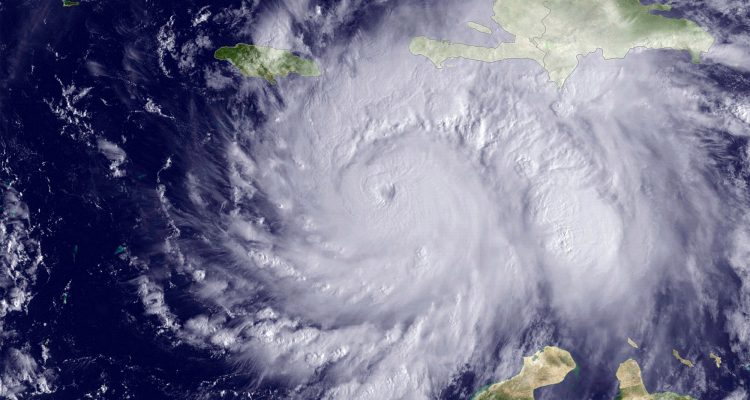 Hurricane Matthew slams Haiti en route to the US

Hurricane Matthew made landfall in western Haiti during the morning hours of Oct. 4, and a NASA animation of NOAA’s GOES-East satellite covered the monster storm.

NOAA’s GOES-East satellite provides continuous imagery of the Atlantic Ocean and eastern U.S. and has been keeping a close eye on powerful Hurricane Matthew. Infrared imagery shows Matthew’s movements at night, while visible imagery shows Matthew’s movements during the day. At NASA’s Goddard Space Flight Center in Greenbelt, Maryland, both infrared and visible imagery were combined into an animation from Oct. 2 to Oct. 4. The animation ends just after Hurricane Matthew made landfall on Oct. 4 near Les Anglais in western Haiti about 7 a.m. EDT (1100 UTC).

A tropical storm warning is in effect for the Dominican Republic from Barahona westward to the border with Haiti, Jamaica, and the Turks and Caicos Islands.

NOAA’s National Hurricane Center (NHC) said Matthew was moving to the north near 9 mph (15 kph), and this general motion is expected to continue today. A turn toward the north-northwest is expected by Wednesday, Oct. 5, followed by a northwest turn Wednesday night. On the forecast track, the eye of Matthew will move near or over portions of the southeastern and central Bahamas tonight and Wednesday, and approach the northwestern Bahamas Wednesday night.

Maximum sustained winds remain near 145 mph (230 kph) with higher gusts. Matthew is a category 4 hurricane on the Saffir-Simpson Hurricane Wind Scale. Some fluctuations in intensity are possible during the next couple of days, but Matthew is expected to remain a powerful hurricane through at least Wednesday night.