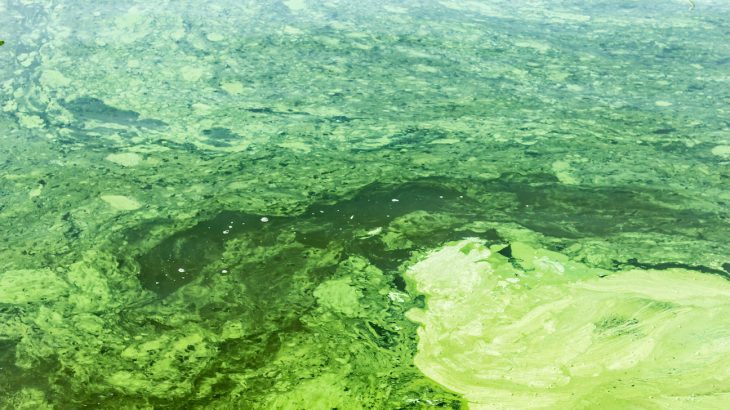 A new study from Stanford University is describing an underwater thoroughfare that facilitates the movement of nutrients from deep in the Earth to the surface waters off the coast of Antarctica. The researchers found that these nutrients trigger the explosive growth of microscopic ocean algae and create phytoplankton blooms.

The study suggests that hydrothermal vents on the seafloor, which eject scorching hot streams of mineral-rich fluid, may have a much larger impact on life near the ocean’s surface and on the global carbon cycle than what was previously realized.

Study lead author Mathieu Ardyna said that the research provides the first observed evidence of iron from the depths of the Southern Ocean turning lifeless surface waters into hotspots for phytoplankton. These tiny algae are critical components of our planet because they produce oxygen, pull carbon dioxide out of the air, and form the foundation of the marine food web.

“Our study shows that iron from hydrothermal vents can well up, travel across hundreds of miles of open ocean and allow phytoplankton to thrive in some very unexpected places,” said Ardyna.

Study senior author Kevin Arrigo added that the findings are “important because they show how intimately linked the deep ocean and surface ocean can be.”

Looking at data recorded in 2014 and 2015 by a fleet of floating robots in the Southern Ocean, Ardyna found that two unexpectedly large blooms emerged more than 1,300 miles off the coast of Antarctica in an area that is not normally conducive to such an explosion of phytoplankton. Massive blooms in this region could only be possible with an influx of iron.

The team quickly ruled out the most common sources of iron in the ocean, and theorized that the nutrient must be welling up from hydrothermal vents 750 miles from where the massive blooms had appeared. “It has long been known that hydrothermal vents create unique and profound oases of life,” said Ardyna.

The researchers tracked the flow of particles from the vents. The chlorophyll, phytoplankton, and helium data suggest that a powerful current circling Antarctica captures nutrients that rise up from the vents. Two powerful branches of the current then transport the nutrients eastward for a month or two before serving them to undernourished phytoplankton.

Arrigo explained that, together with the arrival of spring sunshine that the phytoplankton need for photosynthesis, the nutrient delivery triggers a massive bloom that can likely absorb and store significant amounts of carbon from the atmosphere.

“Hydrothermal vents are scattered all over the ocean floor,” said Ardyna. “Much remains to be done to reveal other potential hotspots and quantify how this mechanism is altering the carbon cycle.”