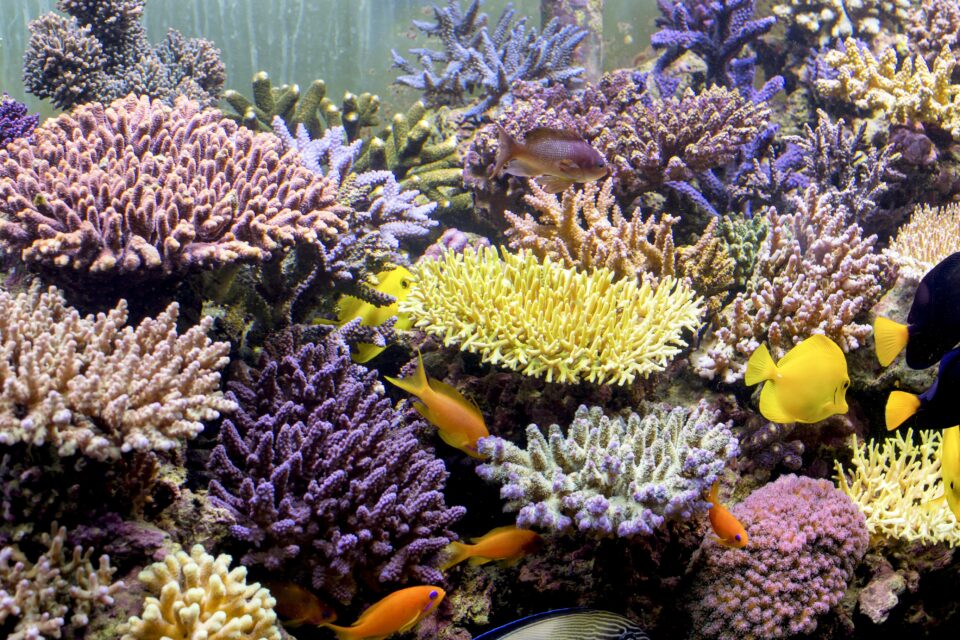 Scientists have long known that single-celled algae called dinoflagellates are essential for the health of corals. In a classic case of symbiosis, the algae photosynthesize inside of corals, providing essential nutrients. The corals, in turn, provide shelter in the stony structures they build to the vulnerable dinoflagellates.

Recently, this relationship has become threatened by warming oceans and pollution, which contribute to coral bleaching. This is when stressed corals expel their dinoflagellate symbionts, leading to dead and ghostly pale reefs. Seeking to understand the symbiotic relationship of corals and algae, OIST researchers have taken a closer look at the most common type of tropical corals.

Corals from the Acroporidae family are the main stony reef building coral found in tropical and subtropical waters. These corals are also especially vulnerable to bleaching.

“For coral reef conservation, it’s vital for us to fully understand the partnership between stony coral and the algae that live inside these animals, at the level of a single cell. But until recently, this was very hard to achieve,” explained study co-first author Professor Kaz Kawamura of Kochi University.

Historically, corals have been extremely difficult to grow in the lab, and scientists had to rely on close relatives of corals to stand in for them in research sometimes. In April of this year, the research team changed that, publishing details of their success of raising coral in a culture.

Roughly 40 percent of the newly cultured coral polyps reached out to make contact with dinoflagellates. Within about thirty minutes, the algae were engulfed by the corals.

Some of the corals actually broke down their would-be symbionts for food, the rest successfully became hosts. The fact that some of the dinoflagellates were actually consumed by the coral hints at how the relationship may have evolved by accident so long ago.

“It may be that originally, the ancestors of coral engulfed these algae and broke them down for food. But then over time, they evolved to use the algae for photosynthesis instead,” said study co-first author Dr. Satoko Sekida.

Hopefully, the researchers learned some things that may help corals survive a long time into the future. Next, they hope to achieve a stable culture where both the coral cells and dinoflagellates can reproduce together.

“This would be very exciting as then we can ask new questions, like how the corals react when placed under stress,” said Professor Satoh. “This could give us a more complete understanding of how bleaching occurs, and how we can mitigate it.”