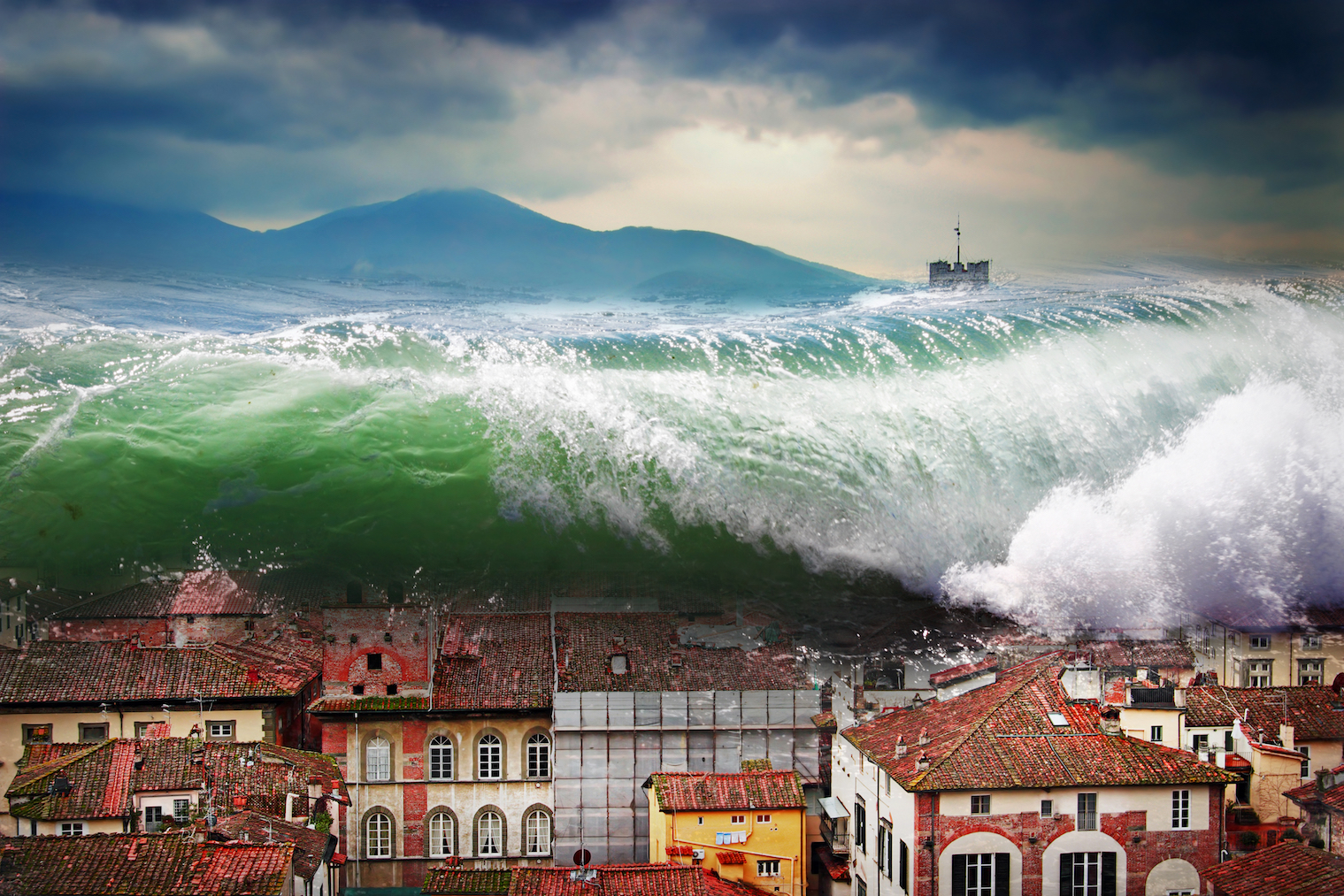 A new study published in the journal Nature Communications details how a sea cave led to the discovery of the world’s most pristine record of tsunamis.

An international team of scientists examining the sediment of a sea cave in Indonesia found a 5,000-year-old sedimentary record that brings to light new information on both earthquakes and tsunamis. The study was responsible for a number of firsts, including the first record of ancient tsunami activity found in a sea cave, first record for such a long period of time in the Indian Ocean, and the most pristine record of tsunamis found anywhere on earth.

Their analysis of these layers shows that 11 tsunamis occurred during this period of time, caused by earthquakes that struck along the Sunda Megathrust – a 3,300 mile-long fault in the Indian Ocean. These tsunamis happened sporadically, with four tsunamis occurring in just a single century at one point. The researchers report that smaller tsunamis occurred relatively close together, after which there were long dormant periods that ended with much larger earthquakes and tsunamis.

“Tsunamis are not evenly spaced through time,” says Charles Rubin, the lead author and a professor at the Earth Observatory of Singapore, part of Nanyang Technological University. “Our findings present a worrying picture of highly erratic tsunami recurrence. There can be long periods between tsunamis, but you can also get major tsunamis that are separated by just a few decades.”

The research team believes this work is highly indicative of how unpredictable earthquakes and resulting tsunamis are. With the risk of loss of life and massive destruction of infrastructure, understanding all we can about these deadly disasters may eventually help us better prepare for their arrival.

Clash of the top predators: wolves are eating sea otters
News coming your way
The biggest news about our planet delivered to you each day