Inland river dams take a toll on the environment and economy • Earth.com 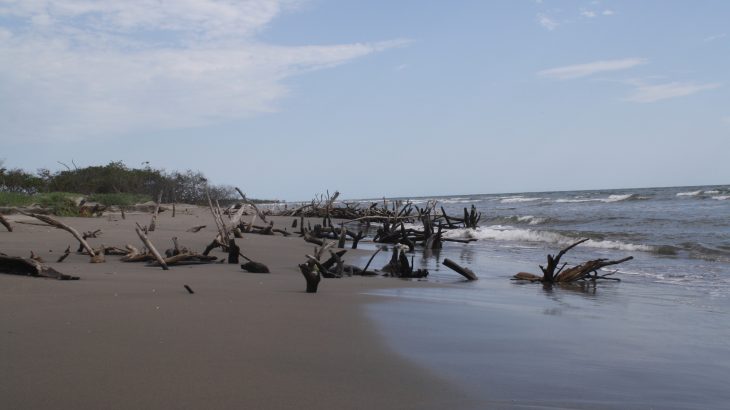 Although they generate hydroelectricity and are a source of renewable energy, inland river dams are damaging to coastlines and fishery habitats, according to a new study.

Researchers from the Scripps Institution of Oceanography conducted the research and compared obstructed and unobstructed rivers in Mexico to investigate the impacts that river dams have on coastline degradation and estuarine habitats.

An estuarine habitat marks the transition from a river to a marine environment. Mangrove forests, which can help mitigate flooding and erosion, thrive in the brackish water of estuarine habitats.

The results of the study, published in the journal Science Advances, show that river dams are damaging to mangrove forests, fisheries, and costly to the economy.

In the Mexican Pacific States of Sinaloa and Nayarit, the researchers analyzed four downstream ecosystems from rivers and two, the Fuerte and Santiago rivers, were dammed.

The rivers chosen in the study were situated in the same lagoon systems and ran parallel to each other.

The dammed rivers supply hydroelectric power, but the majority of the rivers are obstructed. The two unobstructed rivers, the San Pedro and Acaponeta, are free-flowing.

However, the researchers found that the Santiago and Fuerte rivers were losing around 21 hectares of coastal lands each year, which would be the equivalent of 40 football fields.

Downstream of the unobstructed rivers, coastlines did not recede.

“Similar processes of damming rivers and controlling water flows are destroying estuaries and coasts in many parts of the world,” said Exequiel Ezcurra, the lead author of the study. “Despite the huge implications for ecosystem conservation, the process of coastal degradation as a result of large dams has not been well-studied or quantified using a strict comparative approach.

After measuring the rates of coastal degradation in the obstructed rivers, the researchers calculated the economic impacts of coastal recession.

Fisheries are an important economic resource, and the increased risk of flooding and erosion are costly to the economy as well.

The researchers found that river dams result in the loss of $10 million each year.

The decreases in economic gains as well as the damage that inland river dams cause to biodiversity and coastal ecosystems needs to be taken into account in areas where dams are supplying hydroelectric power.

“This study sheds light on the need to take into account the environmental and economic impacts of hydroelectric dams on ecosystems along coasts and basins,” said Octavio Aburto-Oropeza, a co-author of the study. “We need to fully account for the effects that damming upriver has on the entire region.”