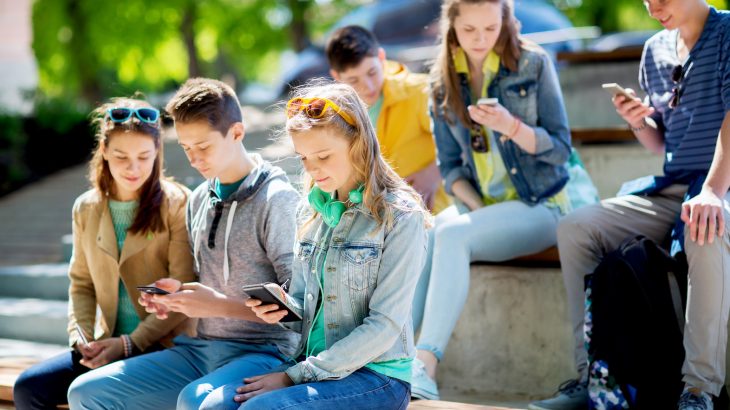 Today’s younger generations barely remember a time without cell phones, WiFi, and constant connectivity. While technology has helped us stay connected over large geographic distances, has it simultaneously caused us to lose touch with our immediate surroundings?

I’m right at the cusp of the Millennial and Gen Z generations, which puts me at the age of people who can self-describe as digital natives.

To give some background on my relationship with technology and the internet, I don’t really remember a time without it and only have a vague memory of those chunky black cell phones before the era of smartphones. My father is a software engineer and we lived in Silicon Valley before it became so mainstream; I grew up seeing multiple computers whirring in my dad’s office at any given time with even more laptops scattered throughout the house. I think I even had a desktop computer and a laptop before I had a cell phone. Needless to say, the internet and connectivity through technology has always been a part of my daily life.

Since those early years, I’ve had a couple experiences where my connection to the world wide web has been severed. Most recently, on a three week trip to the North Georgia Mountains where the family lake house has been TV-less and WiFi-less for years and cell connection is sparse.

The first few days were spent attempting to load content off of a cellular connection which just blew through my data plan for mindless photos and posts that were barely relevant to what I was doing in real life. My need to stay connected is unsurprising according to recent surveys. Studies like the survey conducted by Tata Communications have found that Americans are so attached to the internet that they feel like they cannot survive without being connected for more than a few hours, only 5 hours to be precise. Even people in other countries that spend dramatically less time online, like the French, report feeling left out without access to the internet.

Fortunately for me, it was not long before life without WiFi was a welcome respite from the burden of constantly knowing what the world was up to. It felt like I was clearing my internal RAM memory (pun intended); so much of my day-to-day memory was dedicated to the news and what my friends were posting about. Not to mention the amount of time that was dedicated to pursuing this generally unimportant information. Though staying connected with distant friends and world events can be very positive in moderation, no longer having these constant updates cleared up my mind for deeper thought, introspection, and serious quality time with loved ones.

Real life felt more vivid when I stopped living in the digital world. A couple of years ago on an international trip I lost my iPhone. The correlation between spending the latter half of the trip without a cell phone and that on this same trip is where I met my boyfriend and some of my best friends was not clear to me at the time, but now I realize that without the stress of taking photos or sharing my trip with friends back home I was more invested in making real connections with new people in the moment. Could my connectivity to the world back home have prevented me from building these relationships? An experiment by Kovert Designs where they created a similar situation to my accidental iPhone-less trip supports this theory.

How valuable and enlightening these experiences have been make me concerned as the rates of internet addiction rise. Mark Griffiths, professor at Nottingham Trent University, said that studies suggest that anywhere between 1 and 3 percent of Internet users may have a real addiction and many more who don’t fall into the addiction category still display very problematic behavior.

Even worse, a 2007 Harvard study classified Internet Addiction Disorder (IAD) as a genuine psychological illness that 5-10% of all web surfers may experience. Technology addiction is a real problem that will have many societal consequences but there will also be millions of people at risk for missing out on life’s more intimate and important moments and experiences.

Another recent study by Intrepid Travel and OnePoll surveyed 1,500 Americans on their cell phone use. The results were concerning, showing that 38% of people reported missing out on life moments like a child’s milestone because they were too busy with their cell phones. 31% admitted to being more concerned with taking the perfect photo for social media than experiencing something in the moment. Most people said their phone was never more than a few feet away.

Will our relationship with technology take over every other aspect of our lives? We appear to be heading in that direction. Clicking “Refresh” will only get us so far… try disconnecting for a bit.